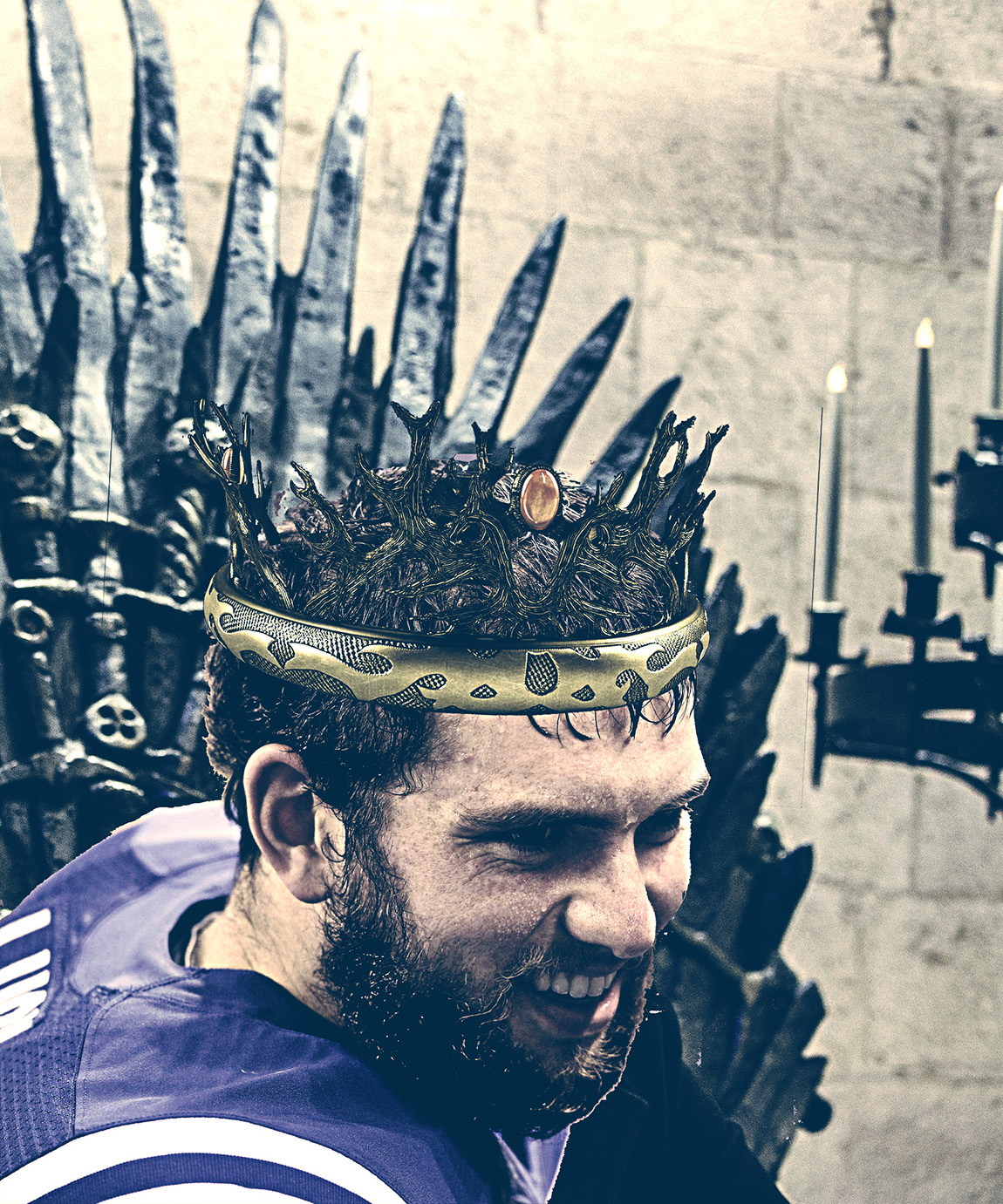 By Kevin Clark
There are plenty of sides to take when debating Game of Thrones: Will Daenerys ever get to Westeros? Are direwolves or dragons cooler? Can Jon pull off short hair? But Indianapolis Colts quarterback Andrew Luck, a Song of Ice and Fire devotee, has taken perhaps the boldest position: He won’t watch the show until the books are complete — and yes, he knows that could take a while.
Luck discussed his hard-line stance on this week’s edition of The Ringer NFL Show, where we covered plenty: his new book club, Settlers of Catan, his favorite sports tomes, his disappointment with the Harry Potter film franchise, and, of course, the deeply weird Colts 2015 season. Here’s a snippet of Luck’s take on Thrones and Lord of the Rings. Check out the full episode for more. The transcript has been edited for length and clarity.
Kevin Clark: You have a nerdy side. How do you nerd out with other teammates? Do you guys talk about books, movies, fantasy stuff, Lord of the Rings? Are you caught up onGame of Thrones? That's an important question.
Andrew Luck: It is very important. That's definitely a hot topic in the locker room. A lot of us do play Settlers of Catan. There's a lot of political chatter right now. Especially with the primaries going on, and Indiana just had … our primary. I actually don't watch Game of Thrones. I, of course, read the books. Instead, I have seen a couple episodes. They're fantastic. But, as I understand, the shows have sort of passed the books now, so I'm really trying to stay away from anybody talking about the shows, especially Dwayne Allen, who talks about them a lot. So you’ve got to stay away from him on that conversation.
K.C.: So you're waiting for George R.R. Martin to finish the books before you go into the show?
A.L.: I know, the fool that I am.
K.C.: That could be a while, Andrew.
A.L.: I know!
K.C.: That could be after you're through playing. You could be retired 10 years by the time that stuff comes out.
A.L.: I know, but it'll make it that much sweeter.
K.C.: Speaking of books, there was a story a couple of seasons ago that you have madeLord of the Rings references at the line of scrimmage. Is that something you can confirm for us here, Andrew?
A.L.: I can neither deny nor confirm that that has happened. The true Lord of the Ringsbuff on the team is Anthony Castonzo, and our lockers are very close to each other in the locker room, and I definitely have an appreciation for [J.R.R.] Tolkien, the books, and the movies. There will be some obscure references every now and then.

K.C.: Did you see the movies, or is this another thing where you just wanted to appreciate the books, since you're a book hard-liner here?
A.L.: No, no, no. I've definitely seen the movies, and The Hobbit movies, and read the books. I think I actually saw the movies first, which was rare, I think, for me. But fantastic stories.
K.C.: Well, when you do binge-watch Game of Thrones, whenever that is, Andrew, you can write something for us here at The Ringer. It'll be great.
A.L.: OK. I'll call you back up, even if it is 2035.