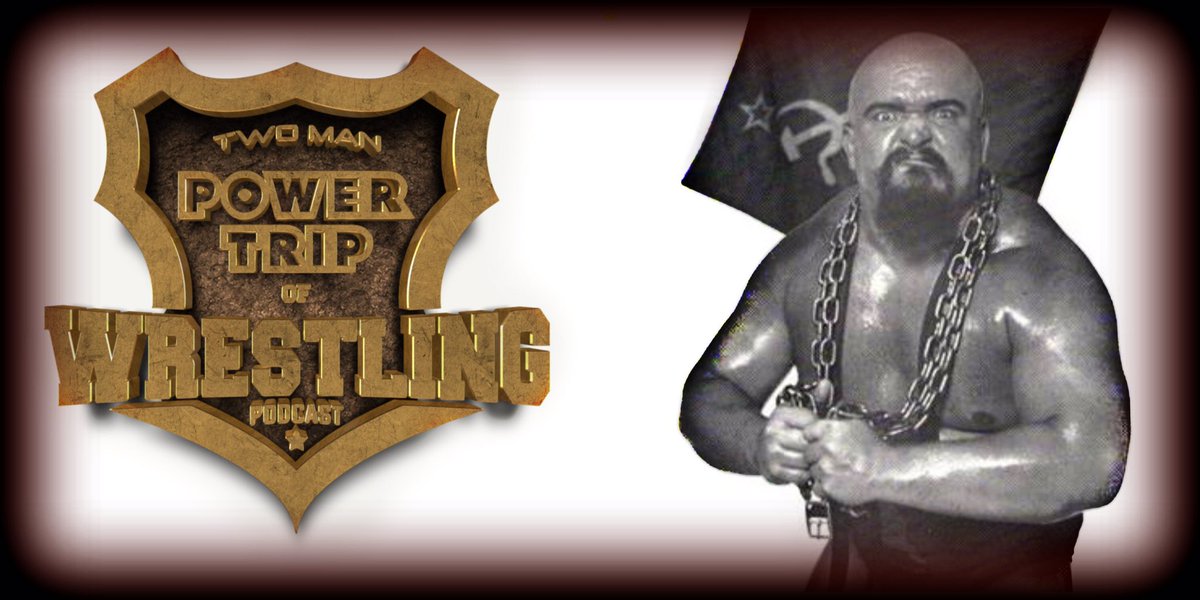 Earlier this week The Two Man Power Trip of Wrestling featured an interview WWE Hall of Famer Nikolai Volkoff and to end the week on episode #237, John and Chad welcome Volkoff’s tag team partner in the Bolsheviks, Boris Zhukov. In a rare interview conducted after the passing of “Superfly” Jimmy Snuka, Boris relives some cherished memories of Snuka and how he made an impact on the early days of his career in the Mid Atlantic territory. We also hear about what the Russian conflict of the 1980s was like compared to that of the modern day wrestling heel and how he thinks the role is very hard to pull off today. To download the full episode please follow this download link.


Participating in the very first Royal Rumble and did he ever expect the event to grow into something so important to WWE:

“When the Rumble was added it was at that time it was just starting to grow and it was growing and getting so big back then and to the point it has gotten to today is just so unbelievable. It has really, really grown and wow, I believe it has really grown into something a lot bigger than I ever thought it would be.”


Breaking up from Nikolai Volkoff and ending the run of the Bolsheviks:

“Well what was happening with the country with Gorbechoff and Reagan and the wall coming down since Vince is really big on doing stuff that makes sense in what was going on with the news and all that stuff. Since the Soviet Union was falling apart it was time for the Bolsheviks to fall apart and it all made sense because it was a story in the world and he wanted to tell a story to in the wrestling world that the differences between Nikolai and myself and the timing on that was all right. I can't blame Vince for doing that because trying to keep up the way it had been going, I don't think the people would have bought it as well. The heat was going away, the wall was coming down and the Soviet Union was going to be no more and that was the heat. All that was going away, so it all came together like it was supposed to.”


Would "old school" Vince McMahon have had Putin featured more on TV with Rusev and Lana:

“It is not the same. The Russia today is not the Russia it was back then. The differences between the Soviet Union and the United States was brutal. The old Russian leaders would talk about burying the United States and anybody that gets in their way and they shot an American plane down. You can't get any more heat than shooting an American plane down. With the wall and all that stuff, to me it is two different Russias. The Russians today don't have half the heat that we had back then.”


The role that Jimmy Snuka played in his career:

“When I came to the Mid Atlantic area he (Jimmy) was a heel so we traveled a lot together. Jimmy just had a pulse and he knew how to do the people and in fact when I got into single matches with him in the AWA, Jimmy taught me how to take that crowd and he could just get them in the palm of his hand. “

“Jimmy could just work the crowd with his eyes. Just making facial expressions and that is where I learned a lot of that stuff from was from Jimmy. Just how to get reactions from people with your body, your face and how to make every little thing mean something and to just milk it for everything that you can get and to get the people up to a certain level before you give them what they paid to see and what they wanted to see. He was just a great storyteller and I've never seen nothing like it. He was so agile and for goodness sake he could kick his legs out and jump up and hit the palm of his hands with his toes. He would do that "superfly" (splash) and I hardly ever felt it. The way he did it, he didn't jump. He floated from the top rope and it was just something to see.”


For this and every other episode of The Two Man Power Trip of Wrestling please subscribe to us on iTunes, Podomatic, Player FM, Earpeeler and Tune In Radio. As well as follow us on Twitter @TwoManPowerTrip or www.tmptofwrestling.com