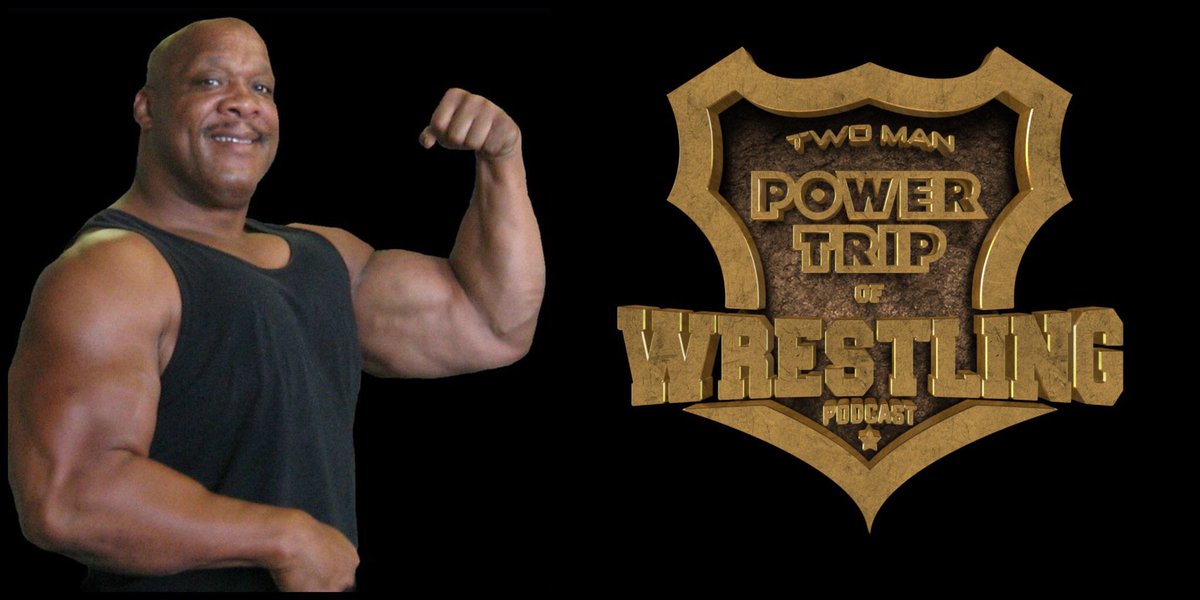 Today's jam-packed episode of The Two Man Power Trip of Wrestling features a hilarious interview with WWE Hall of Famer "Mr. USA" Tony Atlas. In this excerpt Atlas compares working for the McMahon family to how society is changing ever so rapidly. The full interview can be downloaded at this link.


Tony Atlas's With An EPIC Hipster Rant, The Difference Between Vince McMahon Jr. And His Dad:

"They both were outstanding great men and each one is great in their time. Vince (Sr.) was fantastic for the time that wrestling was in a period of that time and that is why he was very, very successful. Vince Jr. was very, very good at the time that he worked because Junior was able to see the future and Senior was not. So Junior knew where the world was going to go and it is just like anything else. You talk to a kid today and you take like a sixteen year old kid and he doesn't know what it is like to not have a cell phone. When he was born there was cell phones in the year 2000. A 56 year old would know life when there wasn't a cell phone. So you can't compare the past with the present because the present is nothing like the past. Nothing we did in the past is going to fit today.

You tell me is a human being going to answer the phone or is a machine going to answer the phone? You are not going to talk to a human being. What you and I are doing right now is going to be something of the past. My daughter, I don't even know what her voice sounds like because she texts. I call her up and say I love you and how are the grand-kids and she won't pick up the phone. I text her hi and she texts me back a full letter. I say shoot if she had time to text this whole letter to me, don't you think that we could get a lot more done and say a lot more if you just pick up the freaking phone (laughs). Everything is going to electronics. I wouldn't be surprised in the future that instead of you talking to Tony Atlas you are going to be talking to an animated figure of Tony Atlas from back in his hey-day."

"It is kind of like the old cowboys of the 1800s. We sit on our horseback and riding out on the prarie and tending to the cows and we don't notice all of the cars being built and airplanes being built and by 1930 all of us old cowboys kind of woke up and said WOW we didn't know this was coming. That is how we are going to be in 2030. We are going to wake up and say WOW we didn't see that coming. A lot of us are still living in the 70s, 80s and 90s because that is what we know and that is what we are used to. That is why we know so much about Jesse James and Billy The Kid and you remember all of the Western movies they made in the 70s to celebrate the 1800s? Well now it is going to be to celebrate the 1900s because a whole 100 years just went by. That is the differance between Vince Jr. and Vince Sr. Senior was the 1900s and Junior was at that breaking point near the 20th Century and 21st Century. They both are great for their time just like I was great for my time and Rocky Johnson was great for his time, Hulk Hogan and look how big Hogan was in the 80s. Nothing will ever get as big as Hogan."


Would Hulk Hogan be able to get over with today's wrestling fan:

"If you look at anything that Hogan did in the 80s it doesn't fit today and will not draw that same crowd. What people call exciting changed. What people called interesting changed. When I was a kid I was scared of dinosaurs and what is a favorite thing of kids now? Dinosaurs. When I was a kid I was afraid of zombies. Now what is the greatest show out right now? The Walking Dead. Tattoos were never a big thing and tattoos were for convicts and bikers. Now tattoos is a fashion statement (laughing) back when I was a kid the only guy who wore pants to big for him was Charlie Chaplin. Now looking like Charlie Chaplin is in. When you look at Charlie Chaplin and the way people dress now what is the difference?"


Did he see Hogan becoming the top baby-face in the industry when they feuded in the early 80s:

"Hogan was always huge with the fans, it was the promoter that Hogan had to convince. If you listened carefully when I was wrestling Hogan half of the fans were cheering Hogan and the other half was cheering me. It took awhile for the promoters to see that. At the time Vince Sr. had his eye totally on Bob Backlund and Backlund was his champion and not Hogan. It wasn't until Hogan went away and made money some place else and showed Vince what he could do. But Vince McMahon isn't the one that gave Hogan his break it was Verne Gagne in Minneapolis. But Vince Jr. was smart enough to say we've got to get this guy back and in his first big match back he beat the Iron Shiek for the title."


All of the past interviews from The Two Man Power Trip of Wrestling can be found by subscribing to us on iTunes, Podomatic, Tune-In, Player FM as well as visiting our website www.tmptofwrestling.com. Also follow us on Twitter @TwoManPowerTrip