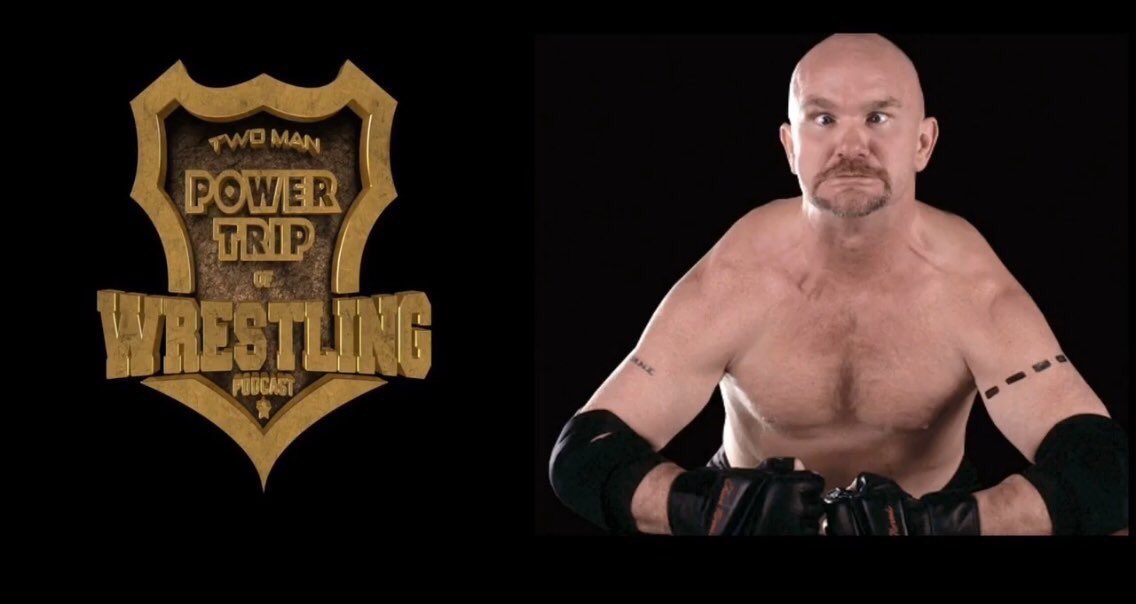 **Shortly after his appearance this past Monday on WWE RAW, Duane Gill AKA Gillberg joined The Two Man Power Trip of Wrestling to exclusively discuss his experience returning to the WWE. As excited as Gillberg is to breakdown his return to the WWE, he wants the fans to get behind his campaign to appear at this year's WrestleMania by sharing the #GillbergWrestleMania.


Additionally, Gillberg will be appearing in New York on Saturday afternoon at the WrestlingUniverse (wrestlinguniverseonline.com) and Saturday evening at SWF's No Love Lost (www.swfpro.com) event in Bayville, New Jersey. The full podcast episode can be downloaded at the following link. **

Gillberg On His Connection To James Ellsworth, Working WrestleMania, Goldberg:

"Please tell me it is true? Dude, I am not saying it to just save my ass (but) I have heard nothing. As far as I've heard I was brought in for RAW. God, I would love to sign a contract. No problem. I love wrestling and wrestling is my life. I'll be a wrestler til the day I die and I would love to go back up. Even if it was for six months. It is a childhood dream."


His RAW appearance and Kevin Owens:

"Brother it was a blast. I loved it, I was in heaven and Kevin Owens...I almost got that title though didn't I? He busted my bubble and he attacked me on that ramp and I wasn't expecting that at all.I love it to be honest with you. What you've got to remember is we get to help the younger talent and teach them what we know and it helps all the way around. I think it is great and bringing back a little bit of old with the new is what we've got to do. It is making the shows a hell of a lot more entertaining if you ask me. I was a fan of Kevin Owens. I never knew the guy but just him as a person and his work and what I see. I think he is a great piece of talent and to get to work with him I know now he is great piece of talent in the exact way I imagined him and is a super-great guy. But he will kick your ass."


Getting the call to appear on RAW and who called him:

"It was John Kellen and he said we want to bring you in and use you on Monday night. He asked if I was avaialbe and I said hell yeah, for WWE I don't care where I am, I am available. That is the truth and I've always been like that since I started up there. He said they were going to fly me into Vegas and he'll see me at the building. I didn't know what I was doing, where I was doing it but I kind of put two and two together."


Did he get to talk to Vince McMahon at RAW and seeing a different regime running WWE backstage:

"Actually Mr. McMahon wasn't there. I've never called him Vince and I always call him Mr. McMahon and I always have. He deserves that respect and if he is your boss you call him Mr. He wasn't there but Stephanie was, Hunter was and I got talk to them and it was great. They are awesome people. If nobody really knows them, they are great people. It was really nice how I was welcomed and it was like I wasn't even gone. Everybody there made me feel good and even the people who didn't know who I was at the beginning and than realized who I was it was all awesome."


Is a WrestleMania moment in his future:

" I made it to WrestleMania one time and I made it to the curtain and I had three seconds to go and they stopped me. I was standing getting ready to go out of the curtain for the Gimmick Battle Royal and they stopped me three seconds before I walked through the curtain and said sorry you can't go. They thought Bill was coming in for the first time and they didn't know how he would react. They just kind of freaked out. I understand the business but you want to talk about crushing man, it killed me. It was a hard one to take and ever since then I want to go back. I've got to make it through that curtain. That's why I am now doing #GillbergWrestleMania on social media. Everything is #GillbergWrestleMania please lets get me on WrestleMania and lets do this."


For this and every other episode of The Two Man Power Trip of Wrestling please subscribe to us on iTunes, Podomatic, Player FM, Earpeeler and Tune In Radio. As well as follow us on Twitter@TwoManPowerTrip or head to www.tmptofwrestling.com.