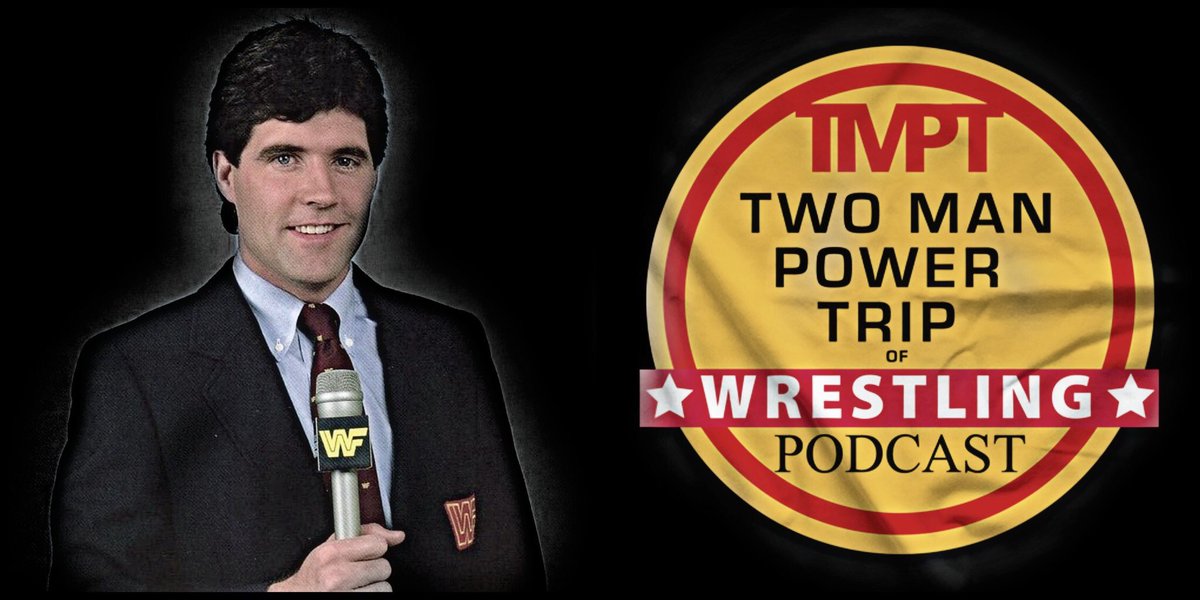 Today The Two Man Power Trip of Wrestling welcome a former WWF backstage and television announcer and now host of a BRAND NEW Podcast on MLW Radio as Sean Mooney joins John and Chad for a very fun episode. Looking back at his five years as an announcer in the WWF, Sean relives the magic that was the "federation era" of wrestling and takes the listeners on an informative journey learning the ins and outs of what it took to make all of the timeless programming that captivated a generation of wrestling fans. The full episode can be downloaded at this link.


Sean Mooney On How He Was Hired By The WWF, The Audition Process:


Sean Mooney On Hulk Hogan's Presence Backstage, His Place In History, Vibe Of The Locker Room:


His return to wrestling with MLW Radio's Primetime Podcast alongside Hacksaw Jim Duggan:

"I am pretty tech savvy but I wasn't really into the whole podcast world but it has really blown up. MLWRadio.com has certainly led the way as far as wrestling podcasts are going and you mentioned the tremendous talent on that network right now and it is incredible. The shows of Something to Wrestle With hosted by Bruce Prichard and What Happened When with Tony Schiavone have really taken that network into the stratosphere so when Court Bauer (who runs the network) contacted me, I just thought why would anyone want to hear the stories that I have to tell and I talked to my friends and talked to some people from the old days in the WWE and they said that I should do this because it was such a great period of time to recapture. That period from the late 80s straight through into the 90s was such a magical time and it just was a completely different world and I am NOT knocking what has been done since but back then the superstars were really bigger than life in a lot of ways."


How he was signed by the WWF and his audition for Vince McMahon:

"At the time I hadn't come from a news background, I had worked for for Major League Baseball Productions so I had a sports background and the way I was hired was that I was on a show that MLB Productions had produced that the WWF had seen and I was given the opportunity to audition and going in there Vince liked what I did in front of a camera. In the audition you know how many hundreds of people are wanting to get this position so he liked what I did but I don't think they knew what the heck to do with me when I got there.


Putting together the weekly Event Center segment and customizing them for each market:

"They had me filling in at different places and Craig DeGeorge was getting ready to leave and they had just started that Event Center and Gene (Okerlund) didn't want to do that because it was so intense. We used to customize markets and average about 90 markets a week because you were building up these (house) shows three weeks prior. It would take me usually four days a week and eight plus hours a day in front a camera doing those markets and if somebody got hurt and you'd get the phone call on the big red phone I used to keep on my desk telling me that (for example) The Berzerker got hurt and if they were on a card you had to redo all of those markets he was in. So it was really intense but think about what a brilliant idea it was to do it that way? We were able to customize every single market and Gene had given me a tip early on that when you go to the cities to pay attention to what is around the arena. It was a way to really customize it and you couldn't do it today because they literally sent video tapes to markets and now they don't have it that way because everything is digital and you couldn't do that way for each market."


The role of Hulk Hogan in the locker room during the peak of Hulkamania:

"I'll tell you that one thing I always appreciated and I still think back about it, when you can really appreciate stuff like that and when you hear guys say that when he (Hogan) was on the card they made more money. We used to do shows at The Garden or shows at the Boston Garden and seeing that respect that the boys had for each other is going into these locker rooms and these were televised shows but they were regional network shows and in a lot of way like a House Show and whenever you'd go into the locker room, every single one of the boys when they came in they would walk around and shake every single person's hand."

"If there was a big guy on the top of the card like Hogan and he is in town, you are going to make money that night. That is how they got paid back then. They weren't under contract and they didn't get money for showing up to TV they made money going on the road doing what they did and doing show after show after show so you wanted the big guys. It was the same thing as an announcer. I wanted to do that big interview with Warrior and wanted the best guys on the card and the biggest superstars and Hulk was always like that. He is certainly one of the guys who is bigger than life."


His personal experiences with The Hulkster:

"I was never that close to Hulk, at that point he was kind of on another level and I wasn't on the road with him very often but I certainly appreciated how he did his promos and I appreciated what he could do in the ring as far as getting the folks to react and putting people over and say what you want about his wrestling ability, it doesn't make a damn difference just look how gigantic he was. Look at what he did not just for the WWF (WWE) but what he did for all of professional wrestling."