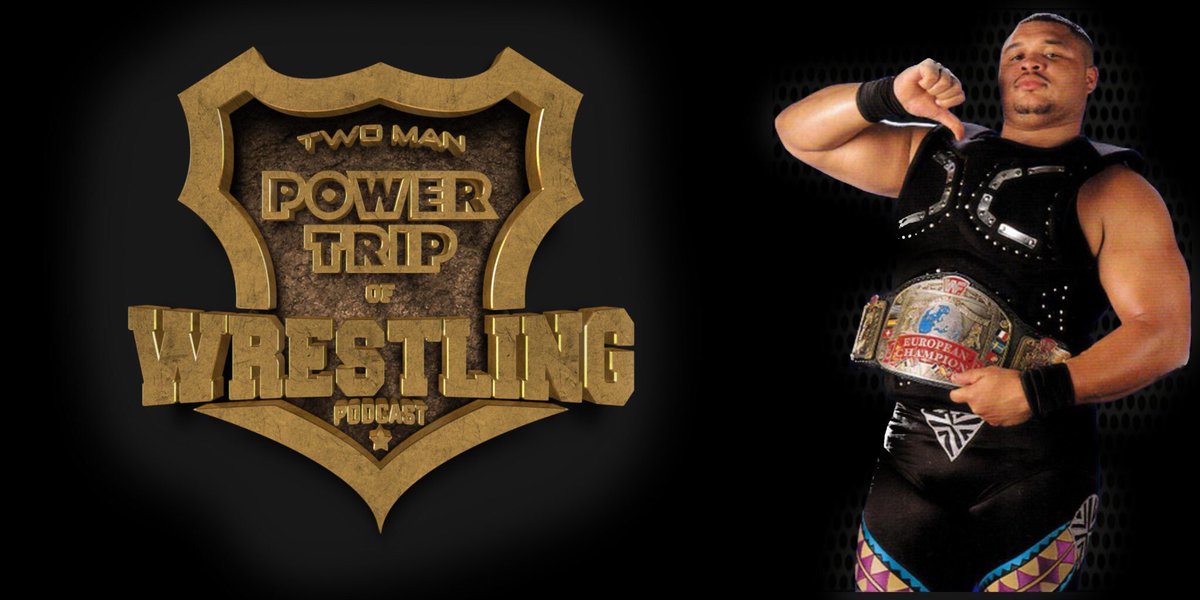 Today The Two Man Power Trip of Wrestling welcome a former WWF European and Intercontinental Champion, he was also a member of The Nation of Domination as the great D'Lo Brown joins the show. The full episode download is available at this link.


Where does he sit in the Cornette vs. Russo discussion:

"I am in a weird spot. I love them both. I respect them both. For me I am just sitting back and watching and I stay away from the situation and I can't pick a side because both men mean a great deal to me and there is no way I could pick one or the other in any way, shape or form. I watch it and see what is going on but I recuse myself from the situation."


WWE having faith in D'Lo to be a top mid card attraction and holding the European and Intercontinental titles at once:

"I will tell you I remember sitting in my hotel room that night and having both belts and being like; "My God, this is really happening." It is something you always dream of, you dream of. You dream of an opportunity to get out there and try to connect with the people and be put in the spotlight and sometimes you don't see it happening. I remember sitting in that hotel room with both belts laying on the other bed and thinking to myself that this is real and this is really happening and I'm really getting the opportunity to go out there. The next night Ron (Simmons) saw me and said that they are really putting some trust in me and he said; "Don't let me down." And that is all I needed to hear. I tried my best from there to go go go and never take a night off and prove that they made the right choice in putting faith in me."


Did he see Triple H having aspirations to one day run WWE:

"He is always one of the boys. He is a ring general and he knew had control of the ring and that was something he was really good at. He was really respected in the locker room and I never saw that business side of him until he got into it and I thought that he was perfect for that by just knowing him. I didn't see it happening but once you start to see it than you say okay, he is going to do really well."


How he got his chest protector gimmick:

"I was sitting in catering and Jim Ross came and sat down next to me and said; "Kid, you are a talent and you can wrestle and you've got some character but we need to get you something that separates you and makes you stand out." I thought okay but he said he needed time to think on it. The next week at catering he sat down next to me again and said what about doing something like Iron Mike Sharpe with his forearm but something different and because you do a frog splash lets do a chest protector. My initial thought was to just nod and walk away and hope he would forget but inside I thought about it and no way would that work and I'd be the laughing stock of the locker room."

"At first people still didn't get it and they didn't understand it and it really didn't become part of the consciousness until Dx did that parody of The Nation and Road Dog played me. When he came out he was shaking his head he was wearing the chest protector and he was overdoing me and to a point where people thought that I didn't do that and two seconds later I came out and it was like, okay he really does do that and wear that."


The DX parody of The Nation:

"We were in the back giving pointers and stuff to those guys but we didn't know the verbiage per say but I totally knew what he was going to look like and what he was going to do. People think that to this day we were mad that they were shooting on us and they were shooting on The Nation but we were a part of what they did and still to this day I tell people that it is one of the greatest points for my character and it really put heat on The Nation / DX rivalry."


Using the frog splash as his finisher:

"I took it from Eddie's (Guerrero) old partner Art Barr. Art Barr did it just like that (the way I do) and that was my way of doing something that as a kid and when I became a wrestler wanted to do because nobody my size was doing that coming off the top. I remember practicing it a few times and I wanted to pay respect to Eddie and it looked like Eddie's splash but it is an homage to Los Gringos Loco."


The rise of The Rock:

"Nobody could foresee him being this giant movie star but you could see he was on the rise and he got very comfortable and fit in the confines of The Nation. As a guy who traveled with him, I could see him practicing different promos and different tones of his voice and trying to refine himself over the course of the next few years and when he was given his opportunity to step out of The Nation and go out on his own he just took off like a rocket and nobody could see if you were back in 1998 compared to now that if someone told me that Rocky would be not only one of the kings of wrestling but the biggest guy in Hollywood right now, if I could have bet anything on it, I'd be worth a billion dollars right now."


Thoughts on AJ Styles from their interactions in TNA:

They said here is a kid that we feel we can build the company on him in a year and we need you to bring him up to speed. I loved it. AJ and I had some kick ass matches and if we were teaming or against each other AJ was like a sponge. After the match he'd pick my brain and we'd go out to dinner and talk psychology and talk about the business and not that I claim to have taught him everything but I feel like I had a small part in building the guy with the short hair to now being "The Phenomenal One" on TV every Tuesday night."


Was his RO&D faction in All Japan a precursor to the Bullet Club:

"The name makes no sense at all when translated to English but we were the Bullet Club before the Bullet Club. We were running rough-shot over their and were the Americans of me Bull Buchanan, Eddie Phatu (Umaga), Mike Awesome and Jerry Tuite (The Wall) were destroying the old guard of All Japan and it was so cool to be apart of. It went through different incarnations just like the Nation but really helped but All Japan back on the map."