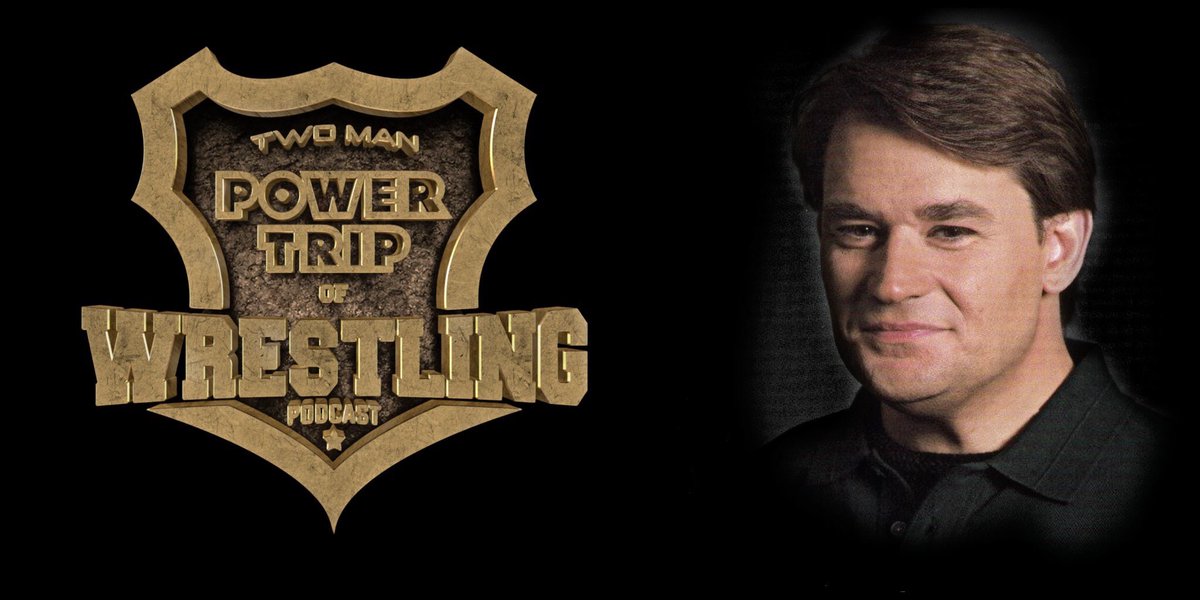 Today The Two Man Power Trip of Wrestling welcome the host of "What Happened When" On the MLW Radio Network and former voice of WCW, Tony Schiavone. Discussing the first ever "What Happened When LIVE" (www.whwlive.com) event taking place Sunday July 9th, Tony gives John and Chad a behind the scenes look at what the fans in attendance can expect as this show focuses on Schiavone's one year run working for the WWF as well as relive the birth of the nWo at Bash at The Beach 1996. The full episode can be downloaded at this link.

Tony Schiavone On Tension At Bash At The Beach 96, Who He Thought Would Turn, Hulk Hogan:


What fans can expect from his What Happened When live show in Dallas, Texas on 7/9:

"What we are going to expect this weekend is hard to put my finger on. I know we have a little bit of a tendency to be a little crazy on the podcast so I have the feeling we are going to be very entertaining and the theme of it is going to be my year in the WWF (now WWE of course) and that is our theme because Bruce Prichard is going to join us. Bruce was my boss for a year in the WWE, so now you know why I left with having that knucklehead as my boss."


The best part of returing to wrestling with the success of his podcast "What Happened When":

"It is great connecting with fans. This is why I am looking forward to going out and going out live because I really enjoy connecting with the fans. I went to WrestleCon and I've gone to a couple of other events like the Legends Of The Ring in New Jersey and I've been going around meeting the people and just really enjoying that. When Conrad came to me and asked if I wanted to do a podcast, at first I said that I really don't and I thought my days in wrestling were over because ( I thought) nobody wants to hear what I've got to say and I was wrong. It has been great and that is why I am back in it."


How does he feel about fan criticism of his announcing style in the later years of WCW:

"I think I was and I don't know if it was trying to hard was a part of it but I oversold stuff a lot as we all know. To the point where the line "This is the greatest night in the history of wrestling" I used and overused to the point where everybody loves to use it. I sat down with a video tape of me in 2001 after we went down and after Vince didn't want me back and after I had started working back in radio and I sat down with that videotape and I put it in and I said let's see how bad I was at this and I swear that I stuck it in, listened to it and I couldn't listen to it for more than ten minuets of it."

"I am just dripping with this insincerity and over selling stuff to the point where when I hear guys today in regular sporting events overselling stuff that I get mad. Now I go back and watch the network and I listen to some of the shows and now I think that some of the stuff I said, I wasn't as bad as some people said I was and some of the stuff I did back then was good but some of it I still don't like. They always say that you are your own worst critic and I certainly was hard on myself but in '01 after it all died I wouldn't give me a dime to listen to my stuff."


What does he think leads fans to dislike commentators and be so critical of their work:

"The more you are heard over and over and over again, the more people and fans grow tired of you. I think that is why people didn't like me back then because I was on everything. I did Nitro, I did Thunder, I did the pay per views, I did some on WCW Saturday Night and my voice was out there a lot and now you are hearing the same guys over and over. Michael Cole, I hear a lot of people say they don't like Michael Cole but Cole's voice is everywhere and the more you hear somebody the less you like them."


The anniversary of the nWo debut at Bash At The Beach 96 and what was speculated internally about that night:

"The tension was that we all were really unsure and when I say we all I mean the announcers (Me, Heenan and Dusty) we all were really still unsure as to what was going to happen. I think we all had thought that maybe Bret Hart would be the guy, I had thought that maybe Sting would be part of it and the "third" man and be part of the hostile takeover that night. There was a part of me and when I watched the show again remembered it vividly that the tag match where Kevin Sullivan wrestled with The Giant (Big Show) as his partner against Arn (Anderson) and Benoit that when the Giant ran to the back that I thought maybe The Giant was going to be the third man. The tension of who is really going to be this guy and I think we all thought could it be Hogan? But there was no way Hogan would want to do this and turn his back on what he has become and what he had cultivated over the years. I thought there was some very real tension in the back but after it was over because it worked so well and because Hogan did such a good job and the visual of the trash being thrown in the ring and saying what he said. He was crapping on Vince McMahon and the fans and saying he made everybody up North all this money and to heck with the fans and what was so perfect was when he said the fans are like the trash at my feet and that was an ad-libbed line that he just came out with when he saw the trash coming. When it was all over and we went into the back I can tell you that we were high fiving and hugging back then because we all thought that we had hit a home run."


The immediate impact of the nWo and uncertainty as to what would happen next:

"That night I don't think we knew exactly where it was going to go. Hogan said during the interview that this is the "New World Order of Wrestling" and then went on to say a couple of times the "New World Organization" so I don't think it was kind of a fluid situation. I didn't know where they would go with this but I knew that one of the reasons that we had so much interest in when Scott Hall shows up, Kevin Nash shows up, now Hulk Hogan is a part of that and you kept tuning in every week to see who would show up next and it really looked like a battle between two companies. Hindsight being what it is and arm chair quarterbacking being what it is, I think they could have done a lot better with it but for that time I think we all thought it was something special. Where it would go from there we didn't know."