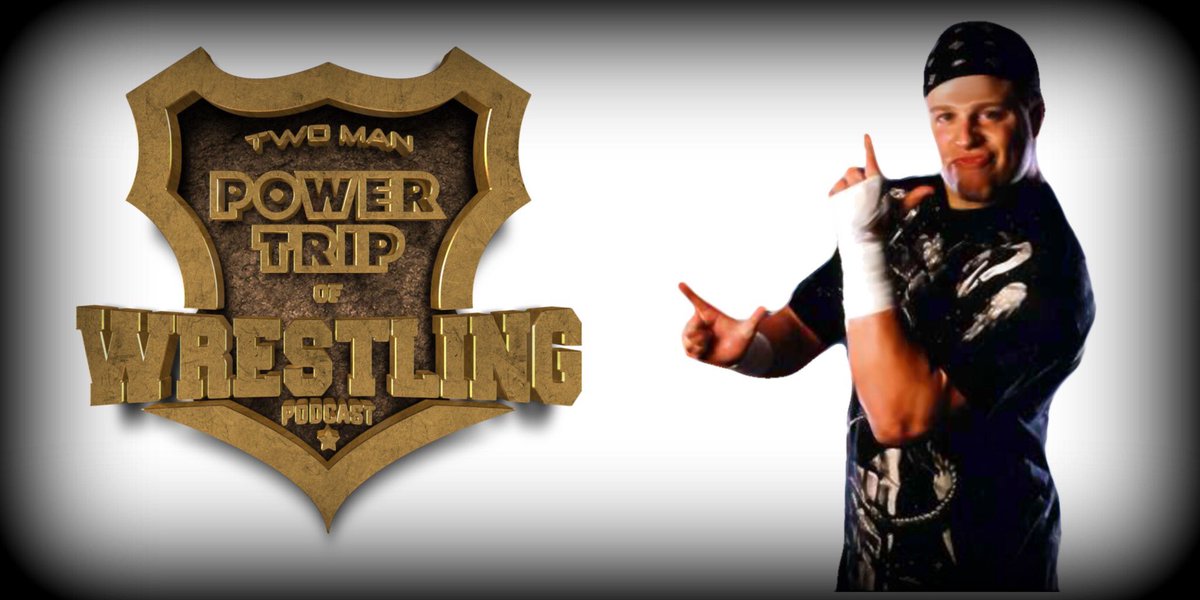 Today The Two Man Power Trip of Wrestling welcomes an ECW Original and the ultimate underdog as former ECW World Champion, Mikey Whipwreck joins the show. Promoting his appearance at the ICONS of Wrestling convention in Philadelphia, PA this Saturday (August 12, 2017), Mikey takes John and Chad back through the hallowed halls of the ECW Arena and shares some of his greatest memories and career highlights from his years of blood, sweat and tears shed in ECW. The full episode can be downloaded at this link.


Mikey Whipwreck On The Philly Wrestling Fans, Jim Ross And If He Was Recruited By WWF:


Mikey Whipwreck On Paul Heyman And The Last Days Of ECW:


Returning to Philadelphia and the ECW Arena this Saturday for the ICONS of Wrestling convention and meeting the old school Philly wrestling fans:

"The Philly fans are definitely unique. You've got your New York fans that are a little more vulgar (I guess) but the Philly fans I think overall are just more rabid wrestling fans and they just f"*cking love it and they soak it up and are really appreciative too for the most part. When the wrestling is good they love it and when it is not they let you know too."


On winning the ECW World Championship in October 1995:

"That is one of those this is not going to happen things. The TV title (okay very good), with Cactus Jack (a mark out moment for me) but now the World Champion part I thought there is no way. I said to myself this is where it would end because right now after I win this thing than the people are going to turn on me and hate my f*cking guts. I wouldn't say they hated my guts but the win I had over Steve Austin was the beginning of the change and the frustration for me. It got to a now what? Because where do I go from there? I had this character that I could only evolve to a certain point so it was there that I started to get frustrated at that point. I almost thought where do I go now?"


Wrestling Steve Austin during his brief stop in ECW:

"I wrestled Mysterio the night before and I beat him and I thought that since I beat Rey now I'll lose to Steve the next night and when I saw Steve that afternoon he told me that he was putting me over. I thought it was a f*cking rib. I asked Paul about it and he said that it was Steve's idea to put me over because for him to beat me doesn't do anything and we can't put the belt on him so he wants to put me over. For me it was a huge holy sh*t moment. He was so great to deal with. He didn't call anything but the finish."

"The next month we did the three-way with Sandman and Austin and that was cluster f*ck central. I hated that match. I hated calling it, I hated doing it, I don't even think I've watched it since but I still hate it now. I don't even know if it was any good or not it was just a frustrating match to call and it didn't seem to work."


The end of ECW at the pay per view Guilty As Charged:

"I remember at that last arena show it felt really f*cking weird and it didn't feel right. I don't remember if the pay per view was before or after that but at the pay per view it just seemed like well okay, I'll see you later and we will see what happens."


Was he blindsided by ECW closing:

"You could feel it. Once it was a couple of weeks before you heard a few thing, I thought that (yeah) this is it. Once the guys did that show in Arkansas, Tajiri called me and said it's probably no more shows. I thought well it was nice teaming with you buddy. I kind of had my calendar filled for the most part because I kind of saw it coming. After awhile you kind of saw it."

"I am sure that Paul did not want the thing to go out of business. I am sure that Paul did not want to be a cog in the wheel working for Vince. It is one of those, if he could have kept it going he would but I just think the time came that he couldn't do it anymore and that was just it. It is not like he was getting rich but nobody else was. He owed everybody money and the way he did it was kind of sh*tty because he could have given everybody the heads up that look guys this is it and it's done but everybody kind of found out for sure when he showed up on RAW. That was kind of the beginning of the end there."


Was he owed anything after ECW closed:

"It was fine with me because I figure it this way and that is if it wasn't for Paul there would be no me. I owed everything to him. Could he have ended it more gracefully and a little more up front and honest? Yes. But he didn't and like I said you could kind of see it coming so I could have my schedule filled anyway so it wasn't like I was left completely thinking "oh my God" now what? The money would have been nice but than again that is how things go."