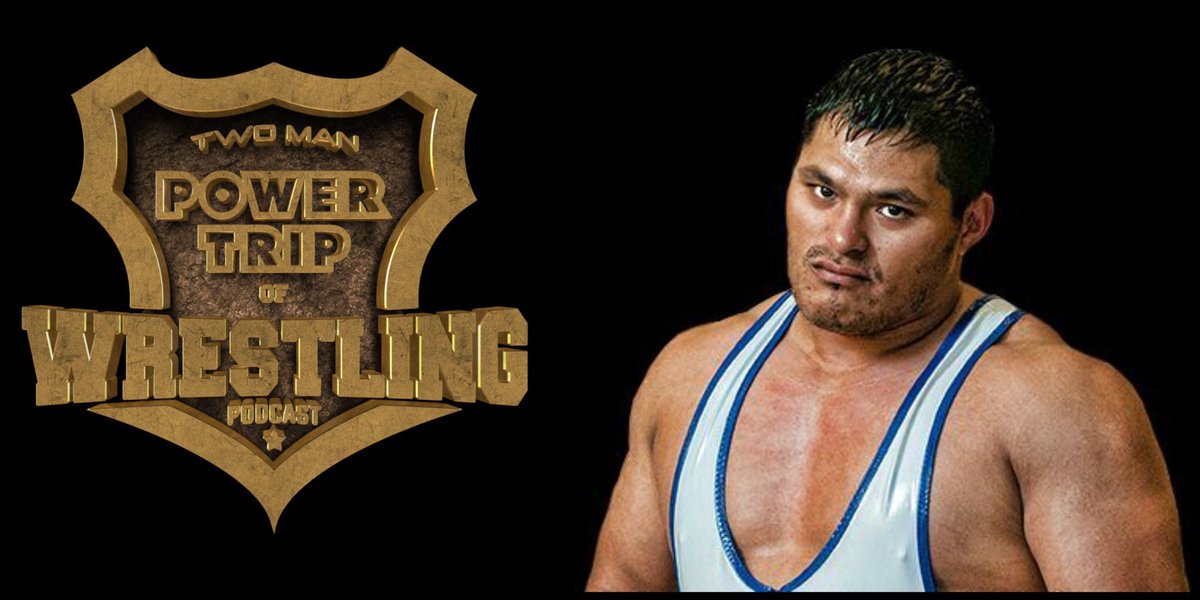 Today The Two Man Power Trip of Wrestling welcomes quite possibly the hottest free agent in the entire wrestling business, "Mr. Athletic" Jeff Cobb. Find out what is going on in the career of the hottest free agent in the business as well as hear how his innovative Lucha Underground character Matanza Cueto became the most unique breakout persona on the El Rey Network smash hit. The full episode can be downloaded at this link.


Jeff Cobb On If He Will Be Sign With WWE, His First Tryout, Being Asked To Compete In Tough Enough:

Is he looking at signing with WWE:

"I don't know right now and just for the fact to say that I don't want to work for the WWE would be a bold face lie. I'm never going to say I don't want to go there, I would love to make a really good living and wrestle and to train at the performance center and GOOD LORD if I had access to that Performance Center it would be amazing. But as of right now where I am at, I am just enjoying this time on "Independents" touring the world. With WWE you don't get to do that. You don't get to say I am going to take a booking in Ireland because you have to be at the Performance Center or when you have shows in Tampa. It is that give and take relationship of you are going to get great exposure and a good living but you have to be with them all the time and at this point there are a couple of things I want to do before I even go that route. I'd like to throw my hand in New Japan and see how I do there. Like people say, you never say never in wrestling and if it came up I would definitely have to sit down and take a big long and hard look at it and see what is best for me and my family."


Being a perfect fit for New Japan Pro Wrestling:

"I'd definitely love to go there. I don't have the height of some of their big bruiser guys like Dr. Death or Gary Albright but I definitely have that background so I'd love to try it out there and see what happens. It is a good goal to set."

"I would hope that New Japan notices that so they could be more receptive on taking a chance on me. But it wasn't that bad. The physical side was fun and when I started pro wrestling I just had graduated college so I had just done college wrestling and was in really good shape so with the physical aspect of it of the running the ropes and the cardio and the squats were fine for me. The learning of the psychology of wrestling and selling and registering it was those kind of things that I had trouble with and had to learn."


Did he like the structure of Lucha Underground's season format and the unique nature of the stories told:

"I like it just for the simple fact that if another WCW came around it would get kind of boring so with Lucha Underground because it is different and unique and with (like you mentioned) characters being killed off nobody is expecting and I think it is something cool and something different. It is a definite shot in the arm that people are looking for."


What is his current status with Lucha Underground:

"I am still under contract with them and hopefully we will be filming season four sometime soon. They haven't given us the date yet so hopefully we will be filming soon because the fans want it, the people want it, the "internet wrestling community" wants it and I feel that we should definitely be giving it to them.I signed for the longterm seasons so hopefully you will be seeing a lot of me and my character around kicking butts and taking
names."


How he became Matanza Cueto:

"Originally I was supposed to do a different character type or a shooter type of gimmick. I wasn't really fully grasped when they approached me with this character and I thought, oh man I've got to be under a mask but I figured I could show my range and do it and see what happens and I couldn't grasp or comprehend what my character would be or what he meant to the Lucha Underground universe and the storyline aspect of it but I am very happy that I was given the opportunity to play this character and very very happy with what the character has become."

For This and every other episode of The Two Man Power Trip of Wrestling please subscribe to them on iTunes, Podomatic, Player FM, Tune In Radio and The IRW Network, The EXCLUSIVE home of The Triple Threat Podcast featuring Shane Douglas & TMPToW. As well as follow them on Twitter @TwoManPowerTrip and check www.tmptofwrestling.com