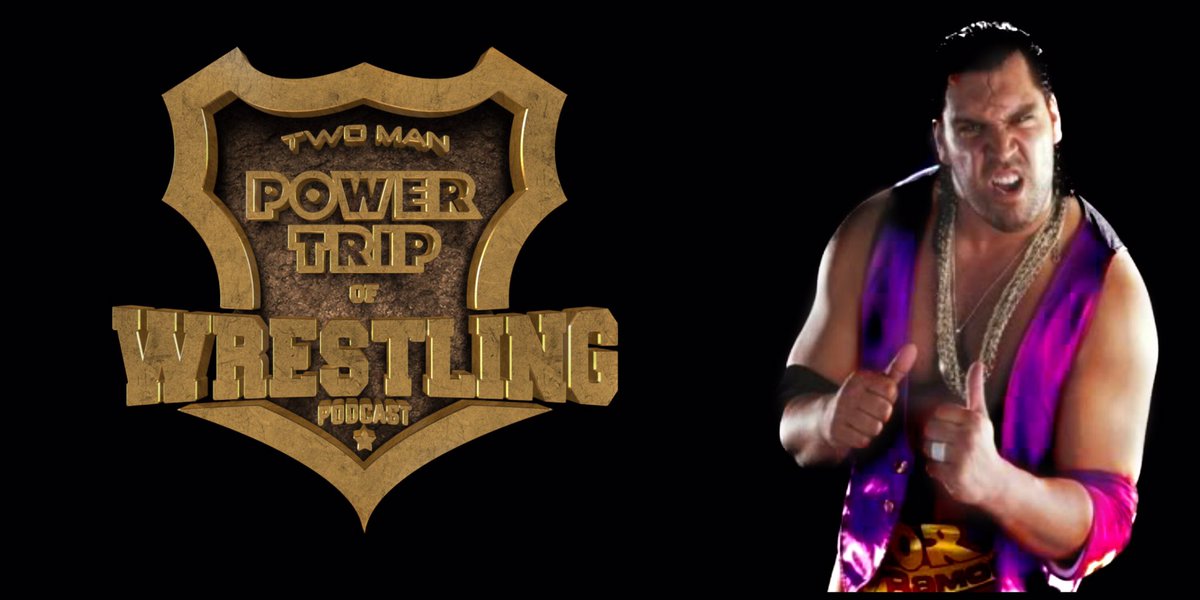 As noted, Rick Titan (FKA "The Impostor" Razor Ramon joined The Two Man Power Trip of Wrestling. In this follow up excerpt from episode #298, Titan discusses his connection to current WWE Smackdown World Champion Jinder Mahal as being a trainer of his when he broke into the wrestling business. Rick also comments on the impressive physical transformation of "The Modern Day Maharaja" and what that body change can do for Jinder's career with the knowledge of Vince McMahon's affinity for the bodybuilding physique.

"I didn't say this to him and I saw him a couple of weeks ago but maybe I would have liked to have said it but it kind of popped into my head afterwards but with the abs, the serratus the thick wide shoulders, the v-shape he's got and the legs that are just sticking out from that tiny waist of his, I'd say he's in better shape than I was in at my best shape. I think there was one point when I was in FMW and when I was really ripped and had a tiny waist and was squatting quite a few hundred pounds that I was really at my physical peak. He is in absolutely ripped, massive, phenomenal shape and you are right it is mind blowing because he looked like sort of the average kind of steady guy in a gym that had been going for a few years and who had big arms and he was pretty thick with not a lot of definition but the next thing I know I see this and he looks like a ripped body builder and shaved off all his chest hair and has abs poking out like little bricks and I was like holy crap what a transformation."

"I have to say just vision wise that Jinder looks not too far off the Ultimate Warrior, he's in peak peak shape but for awhile with all of the drug issues and all of the guys dropping like flies and I could probably tell you twenty names of guys that are all dead now. With all of the drug testing that the WWE is doing that I think that wave has kind of passed and they are probably not looking at the court injunctions and the trouble and the people making judgements that: "That guy is on steroids." That wave has passed and I think now and I have to say even ten years ago watching a lot of these guys and no offense to him but CM Punk and people are paying $200 to watch him go to the ring and there are guys my size and I'm only about 230 (pounds) right now and I watch a guy like that go to the ring that are becoming really good talkers but I don't think are strong and legit tough and I'm saying that well I can take that guy than where is the value in that $200. Now you are going back to a guy like Jinder who (HOLY CRAP) I wouldn't want to meet him dark alley. So that is kind of the direction I think."


Any advice he gave Jinder following his release in 2015:

"I think I tried to reach out once or twice and he didn't get back to me and there is a lot of focus and a lot of determination that goes into that and if you are starting to slip and where I knew I was with the Razor Ramon character and I knew when my contract was going to be up after that year that they were probably not going to renew and I wasn't in a real happy place and I thought well what am I going to do now? If I had a trainer that I could have talked to at that time I wouldn't have reached out and say I think my career is just about over and I don't know what to do. I talked to his Dad briefly and his Dad is about 15-20 years older than me and somehow we just kept in touch and he said that Raj (Jinder) isn't really happy right now and doesn't know what to do. I said to call me anytime because I had been through it and I think their should be some kind of coaching or some kind of psychologist or someone for the guys to reach out to in any sport to where when you are done with that business you whole life is caving in. Not to mention you are making a lot of money and when you are not making any money any more that is tough. Regardless to say, we didn't keep in touch but it was really great to see him and the upside as World Champion at his brother's wedding and we chatted a bit. There is also a tough as nails edge you have to be with being one of the top guys and to be World Champion and you don't go around expressing your feelings a lot. Him and I had some nice little chats but it was nothing really deep going on."

For this and every other episode of The Two Man Power Trip of Wrestling please subscribe to us on iTunes, Podomatic, Player FM, Tune In Radio and The IRW Network, The EXCLUSIVE home of The Triple Threat Podcast featuring Shane Douglas & TMPToW. As well as follow us on Twitter @TwoManPowerTrip and check www.tmptofwrestling.com