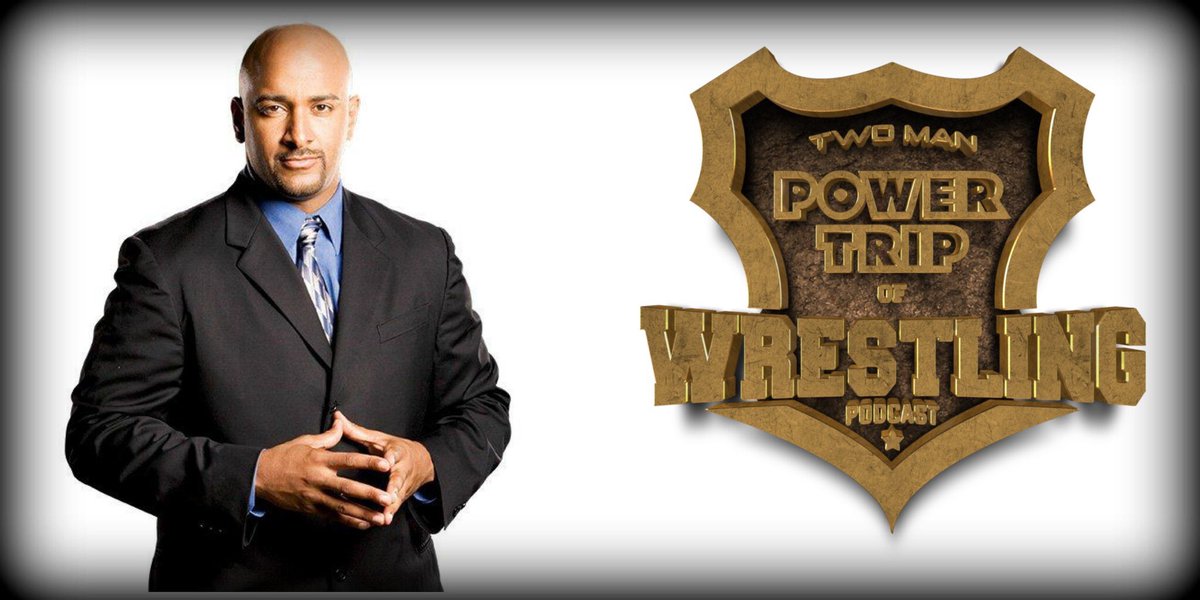 Episode #316 of The Two Man Power Trip of Wrestling features former WWE Announcer and former ESPN Sports Center Anchor, "The Coach" Johnathan Coachman. From his recent departure and criticism of ESPN’s handling of their WWE segment through all of his classic interactions with The Rock and on air role, Coachman candidly talks about his wrestling career thus far and whether or not we’ve the last of “The Coach” in the WWE. The full episode can be downloaded at this link.

Johnathan Coachman On Leaving ESPN and Returning To Wrestling:


Johnathan Coachman On The Respect He Has For The Rock And Their Chemistry:

On getting back into watching wrestling since departing ESPN:

“I took a long time off but now that I am transitioning away from ESPN and I'm starting to control my content and what I do and once I am able to announce what my next venture is than certainly everybody will know. I am going to be doing three or four different things and it had gotten to a point at ESPN where they didn't want to embrace my background which is WWE and they want to have their toe in the water but not both feet in and that becomes very frustrating. I started watching it again intently to keep my skills sharp.  I started a show on Periscope and Twitter every single day and it's just thirty minuets talking about 3 or 4 different topics depending on the day and depending on what we talk about so I watch RAW every week and I watch Smackdown every week. I think there is a part of me now that I am free and no longer under contract (because at ESPN) they own you and tell you what you can and cannot do and I missed performing outside of the studio. I don't know if I'll ever go back there (WWE) and I don't know if I'll ever do anything with them again but I want to have the freedom to do it so I started watching it again a lot lately and if for some reason I am called upon I am ready to go."

Is it harder having Vince McMahon as his Producer or working with him as an on air talent:

"Probably him watching you because he's in a producer role. When you are working with him and I did many times he's in a talent role so he's usually watching his performance and not necessarily critiquing your performance. When he is producing the show and there were many stretches where the Mr. McMahon character was not on the show, well now he's full time producer and that is nerve-wracking and I tell people all the time that if you can make it through a show with Vince as your producer than you can work with anybody. I will say and Vince will tell you this too that I am one of the guys who will never say no and I will always do what was asked and I also probably do more different jobs than anyone else and that is part of the reason that I was always around him. I went to Afghanistan and I was in his group the entire way. He called me once on Christmas Eve and I had to get back here on Christmas day to shoot something at the office with him and they knew that I would say yes and that respect factor grew and even grew bigger once I got to ESPN and I was able to get the business on ESPN as well. Me and him have a great relationship and I learned a lot from him and he is by far without question and this is not close, the most intimidating human being that you could ever hope to be around."


Who trained him to wrestle when “The Coach” character was booked in matches:

“Well it is something that I haven't talked about a lot and maybe ever until right now but there was two people. It was Dr. Tom Prichard when I was in Stamford and we'd train at the facility there and when I was on the road I was trained by Chris Benoit. He would come to the arena a couple of hours early before the time that we all had to be there and he would be kind enough to teach me. We did a lot of shoot fighting and obviously a lot of bumping and I grew to love and respect him a great deal. There was nobody in my mind that respected the business more than him and it is obviously unfortunate what happened to him and his family but I choose to remember the kind, giving Chris Benoit who helped me not hurt other people. He spent a lot of time with me and for that I will always be grateful."

“How it actually happened was one of the first days that I was on the road and they had sent me to House Shows because they wanted me to get some in ring work in front of a crowd. It was so different than you normally would do it because normally you come up, work the Indies, you get signed and you are trained. I didn't have it that luxury because I was already on TV and a character so they had to figure out how to get me ring time since people already knew who I was. So they thought the smart thing was to get me matches at House Shows that are not televised so if I messed up and wasn't good it wasn't the end of the world. I'd go early and Chris would be there and he would offer up advice. I'd just be in the ring bumping by myself and because he respected the business so much that he didn't want people to embarrass the business and he respected me as a human being and that is kind of how that relationship evolved."


Working with The Rock:

“The thing about Rock is he's very creative. I like to pride myself on being a creative guy and that is one of my frustrations over the years at ESPN is that they just don't have a lot of people that understand the talent that go through WWE have. When you have a character in WWE, you can only go as far as you are willing to take it so Rock had this incredibly good writer and they had chemistry and that guy (Brian Gewirtz) is still working with Rock's production company to this day."

"I'd walk into the process and I'd say here is how I think I can add to it and that is how the collaboration process would work. It would be the three of us in the corner of a room and then he'd go and work out, eat his five chicken breasts and we'd hopefully knock them dead that night. The Rock never had a minute to breathe. Every part of his day was spoken for but you can't fault somebody for going to the gym for an hour and a half when you look like him. He was one of the few where Vince was like just do your thing because when the light comes on you are going to be ready. Eating, nutrition, working out that was all apart of being The Rock and you can't be The Rock unless you look like a rock and that is what I loved about him that from the minute he walked in to the minute he left the building he was all business and he delivered every single time."

For this and every other episode of The Two Man Power Trip of Wrestling and The Triple Threat Podcast featuring "The Franchise" Shane Douglas please subscribe to them on iTunes, Podomatic, Player FM, Tune In Radio and Podbean. Also follow them on Twitter @TwoManPowerTrip and check out www.tmptofwrestling.com