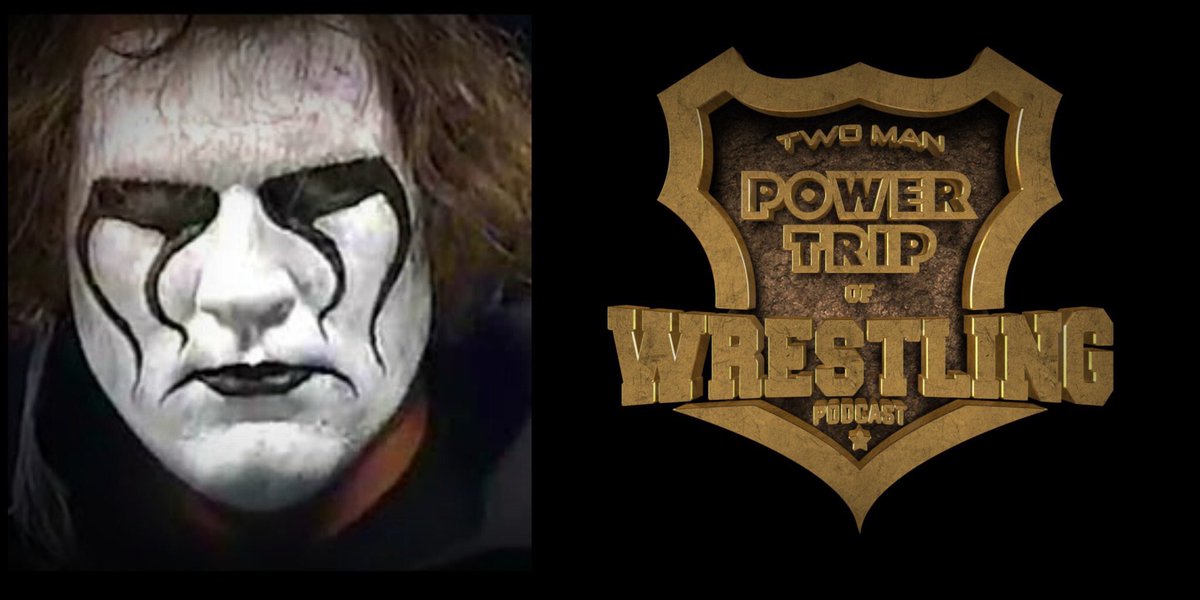 Episode #320 of The Two Man Power Trip of Wrestling features former nWo member and NJPW star, Jeff Farmer FKA "the nWo" Sting. Talking in great detail about the creation of the character that helped propel the genesis of Steve Borden's Sting persona, Farmer reveals all the details behind the plans for his character as well as the frenzy the "nWo Sting" help create in Japan as part of the nWo Japan faction. The full episode can be downloaded at this link.

The nWo Sting On The Original Plans For His Gimmick:


The creation of the "nWo/Impostor" Sting character:

"Eric would have to tell you because I don't know where the concept started or who came up with it or the whole kind of birth of where that came out of but I know that they thought that physically I was similar to Steve (Sting) and size wise we are about the same size even though I was probably heavier than him we were kind of the same general size. They had to find someone who could look the part and be able to pull of the switch. They actually took me in and did prosthetics. I wore contacts and it was very elaborate how they went in and did a mask (like a plaster mask) of Steve's face and did a plaster mask of my face. They used a guy from F/X that was a really good F/X guy that they were using that did all the whole prostetic pieces of my eyebrows, forehead and chin that they made to make me look similar in the face but later we dropped that because you couldn't tell with the face paint on and I didn't even use it. At first I did and I'd sit in makeup for an hour and put in contacts because I remember when I got out of the limo that was me when that happened and when I kick Lex (Luger) I couldn't even see that good because of the contacts."

"Eric had told me that if it got out that they were going to squash it and kill the deal so I didn't say a word and everybody else involved didn't say anything and it was pretty kayfabe at the time including the boys who weren't sure if it was really Sting and I think that was really one of the koos of wrestling at that point was even though it was a work that the guys didn't know if it was Stng."


The night he joined the nWo:

"You never know sometimes when you are in the thick of it. You can watch it back and maybe pickup things you could have done better or but I agree with you and I thought it went off great and it was believable. I worked with Lex after that for years and I love Lex and was always fun to work with for me. It was good and it was definitely successful and I think Eric was happy and the results were that nobody knew and I think it accomplished what they wanted. You also have to remember that I was also taking orders and just trying to do my best to pull this off. I knew it was a big deal but at the same time I was just going along with what Hogan and I think he was the one that had the whole idea of taking it where it went. Eric had approached me but I don't know who was kind of masterminding the stuff and I don't know who it was, it could have been Hall or Nash or all three of them."

"It was such a fun time for me. I had to study Steve's moves because I really didn't wrestle that way but I knew he did the splash and I knew he did the scorpion (death lock) and the "whooooo" and the off the rope brain-buster kind of thing so I watched what he did enough but I never really went and practiced it. Maybe I went through it a little bit at the Power Plant to make sure I knew how to do it but I was really just going off of what I had seen him do. I kind of not mocked it a little bit but I was just trying to go along with what I had seen him do but it was fun and I knew that it was not often that in the U.S. you get to be the top of a program but for me as not a top level guy (and never was in WCW more in Japan) it was a thrill."


What was the anticipated reaction of the fans to an imposter Sting:

"My reaction was that I wanted them to boo. It would be that well you are the impostor or the fake and that was the response that I wanted. When I'd throw my arms up and do a "whoo" instead of them cheering, I wanted them to boo. It was funny when I went to Japan they knew the difference between Sting and nWo Sting because I started going over there and working this character and they are very smart fans in Japan and some of the best fans in the world because they know everything. They very clearly knew that this an nWo version of Sting and they wanted and were hoping that him and I would wrestle each other over there. The idea was to illicit a response from the fans. Which kind of didn't really work because when I was with Chono and Muta when we were doing the nWo the fans were loving it and they liked the bad guys. We were "heeling" over there and it was a very successful character."

"I have to tell you guys that that was probably the most exciting night in wrestling for me. I remember very clearly just the "pop" that I got when I came out and the whole thing because it was a big event and everybody from the announcers, the referees, to the TV people in the back everybody kind if did a great job of getting this to work. The whole thing in the ring at the end it was to me one of the best highlights that I had in the business that night at War Games."


How over the nWo Japan faction was in NJPW:

"An interesting side not to all this is later they had other "impostors" and I don't know if you remember that. Like they had Kanyon and a few others doing it and the reason that happened was because it was the New Japan thing was really on the same heels of what was going on there (in WCW). It was really becoming popular in New Japan at the same time. They had said that they wanted the nWo stars to come to Japan because it was heating and Hogan, Hall and Nash weren't going to go in the middle of a really hot thing and go to Japan so once it died down even a little bit they asked who they could send from the nWo and it was me, Bagwell and Scott Norton who was already a superstar in New Japan."

"The thing with Japan just kind of took off. Sadly, I wasn't around for the other part of when they had some fallout over who was responsible and they did the red and black nWo and broke them into teams and I wasn't even around for that whole segment because I was working full time for New Japan. I was in WCW but as a talent for New Japan so I was over there most of the time."


For this and every other episode of The Two Man Power Trip of Wrestling and The Triple Threat Podcast featuring "The Franchise" Shane Douglas please subscribe to us on iTunes, Podomatic, Player FM, Tune In Radio and Podbean. Also follow us on Twitter @TwoManPowerTrip
and check www.tmptofwrestling.com