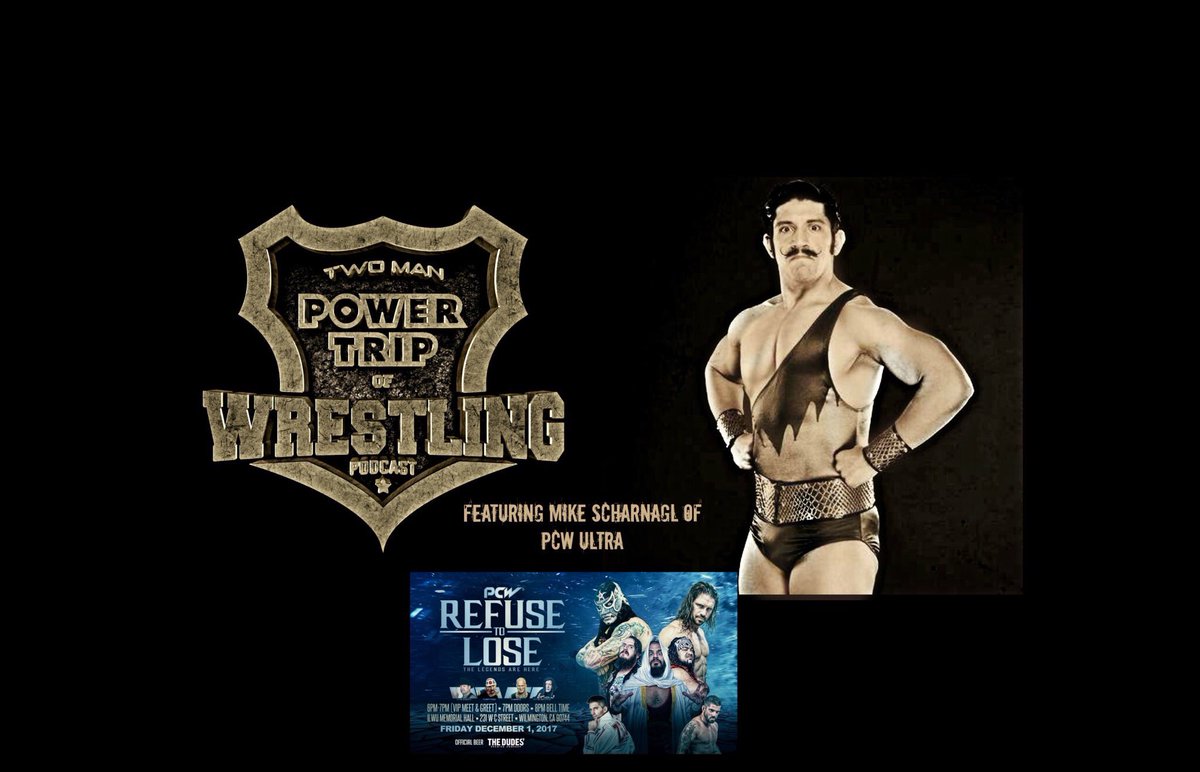 Today The Two Man Power Trip of Wrestling welcomes former WWE Superstar and one half of the Vaudevillians tag team as Simon Grimm FKA Simon Gotch joins the program. In a 90+ minute interview with Chad and John Poz, Grimm takes us deep into his tenure in the WWE while a member of the NXT brand and candidly discusses the very fast growth of the "developmental system" NXT has become for the company. The full episode can be downloaded at this link.


Simon Gotch On His Relationship With Aiden English, Vaudevillians Team:


Making his ROH debut and the video package used to hype his arrival:

“I was very glad to make my debut for Ring of Honor and if I could be totally honest about the video package, I was actually the one that shot and edited that. The music that I had used initially was copyrighted and I was waiting on a piece my older brother was composing for it and he couldn't get it done so I passed it off to Ring of Honor and the whole video was about three minuets and it was edited down to about 90 seconds and the whole thing was it was supposed to be like a kind of dark and weird self destructive shall we say portion of the segment until it becomes almost like an 80s training montage and when the music got changed I felt that it was almost too heavy. On the front end it is still good but on the second half I feel like it lost that feeling because the second half was almost supposed to be ridiculous. It was almost like when you see the finished product it is good but it is not how I thought it would come off but it did resonate with the people so I guess that is good."


Looking back at The Vaudevillians tag team:

“We got along for the most part because in NXT it is more you travel with the people you are like your close friends so I traveled mostly with most of the amateur wrestlers like Sami Callahan and Chad Gable initially where English traveled with the FCW guys like Scott Dawson, Juice Robinson and Sami Zayn because those are the guys he was close with. For the sake of work we worked together as best we could but we got along fine. Sometimes we got along well and sometimes we were kind of like an old married couple and it was not so well but it was more because we both had this idea we were trying to get across and it didn't always mesh with the other persons vision."

"The joke I used to tell was me and English had to hate each other a little bit or we were going to get broken up. If you like each other you are broken up immediately. Jason Jordan and Chad Gable were genuinely friends and Gable was part of Jason Jordan's wedding and they split the team up."

“A lot of people assume that if you are a tag team you must be friends and for whatever reason if you say you are not than it becomes a whole thing. Most tag teams (even successful ones) hate each other because in the end no one gets into wrestling to be in a tag team. That is kind of the weird thing about it that when you are a kid very few people if any dream of being tag team wrestlers, they dream of main eventing WrestleMania and winning the World Title and going to the Superdome and wrestling in front of 70,000 people or going to the Tokyo Dome and wrestling in front of 120,000 people and nobody goes I hope that I am tagging in a match in Largo, Florida in front of 500 people."


Did he see NXT evolving into the full-fledged third brand of WWE:

"Not really. I don't think they would ever officially make that change. Part of the reason that NXT is as profitable a brand that it is (and it is very profitable) and don't let them tell you it is not is because of the amount they have to pay those guys is much less. A friend of mine who was in the video game and still in NXT and I guess the NXT guys because of the number of guys on the roster this year were paid I think $3,000 and no residuals for the video game and their choices were basically accept the $3,000 and accept the no residuals or don't be in the video game. I was in developmental for 2k16 and on the main roster for 2k17 and in 2k17 I got paid a very nice sum for it and even just recently got a check for it for the second quarter and to put it bluntly it was significantly more than three-grand. But that is sort of why they are able to profit with NXT because they can always (and I hate to say this) screw those guys on money. They do the outside shows and they don't get any extra for them regardless of what the house is."


Details of his backstage incident with Sin Cara:

“He threw a coke can at me. That was it. Basically he and I would go back and fourth and throw sort of little digs at each other and I didn't realize how sensitive he was and I found that out later that with the stories about him they all have the same basic set up. He goes back and fourth with someone and they get the upper hand verbally and he goes and takes cheap shots at them when he gets angry. The famous one about him beating up Sheamus, what actually happened was Sheamus was on the trainers table getting his ankle taped and Jorge ran up and punched him."

"With me and him, we were sort of trading little digs and I got one in that was stiff and I found out later after the fact that I apparently hit a nerve with some stuff that had happened to him personally that I didn't know about and looked back down at my plate and all of a sudden I look back up and yell what the f*ck because my face started hurting and I couldn't see anything and completely didn't know what was going on and as I'm piecing it together I smell Diet Coke, why is my shirt wet? And as my vision started to clear I see Jorge running from around the table and he tried to do almost a double leg and out of instinct I reached around his neck and shoot head locked him."

"We were struggling for maybe 10-15 seconds until people got involved and pulled us apart and I was still wondering what was going on and I obviously have a concussion having been hit in the face and he's just yelling. We talked about it after the fact and I complimented him on his throw because he hit me dead in the eye. Someone on Twitter said when I guess he threw a chair at (Baron) Corbin in a match that if you believe Simon Gotch, Sin Cara has really good aim with that chair."


For this and every other episode of The Two Man Power Trip of Wrestling and The Triple Threat Podcast featuring "The Franchise" Shane Douglas please subscribe to them on iTunes, Podomatic, Player FM, Tune In Radio and Podbean. Also follow them on Twitter @TwoManPowerTrip and check www.tmptofwrestling.com