This week The Triple Threat Podcast featured a very special look back at the events leading up to and the night of ECW's Guilty As Charged 1999 pay per view featuring Taz defeating Shane Douglas for the ECW World Heavyweight Championship. The significance of Taz’s victory was endng the 406 title reign of The Franchise (who won the belt from Bam Bam Bigelow in November 1997) but the overall backstory of how the angle came together and the behind the scenes drama caused by the beginning of the financial issues ECW faced as they entered January 1999. The full episode can be downloaded at this link.

Shane Douglas On If Losing The World Title Was The Start Of ECW's Demise:


Was he distracted by the money Paul Heyman/ECW owed him going into Guilty as Charged 99:

“Absolutely. How could it not? It had nothing to do with Taz (Pete Senercia) it had to do with me being around the business as long as I had and I knew what the score was. I knew what was going down and I knew what was happening. So when I got to the building that day...first of all I got there as late as I could and I sat in my car in the parking lot of the Millennium Center and just couldn't bring myself to get out of the car. There was a part of me that was fearful of going in there and losing my cool and grabbing Paul by his throat, there was a part of me that wanted to shove it up his ass as a result and I just couldn't get out of the car. I remember Axl Rotten (rest his heart) stopped by the car, Balls stopped by, Tammy and Chris (Candido) stopped by and I want to say maybe Lance Storm also stopped by and I remember multiple guys stopping by the car asking what was going on and if I was coming in. I finally just said f*ck it I'm not doing it. I knew I was getting screwed and I knew that with that belt could leverage it with one of the other companies to make back at least the money that I was owed and probably more and so I drove away and I went to a Friday's or a Bennigan's and I ordered a beer and I sat there and was looking at when flights were leaving when Bam Bam called. We talked and I told him what was going on and brought him up to speed and gave him the nuts and bolts of it and he said that I've got to do what I've got to do but do you really want to screw the fans? (and) I've got to give him credit because he was exactly right and after I sat there and ordered a couple of shots and I thought about it as much as I knew I was getting screwed but even more so than me not deserving to get screwed the ECW fans didn't deserve to get screwed. For me to walk away and them have to strip me of the title and have a tournament and give it to Taz or whoever would have been the sh*ts for the belt and the sh*ts for the company and would have been the sh*ts for the fans and that was what ultimately made me decide to go back to the building."

“When I got there I had this HUGE chip on my shoulder. I forget who it was but there was someone standing by the door and they put their arm up blocking off the other side of the building and said you guys have to all dress over here and just because that person said that and because I had a chip on my shoulder I thought f*ck you I am going to go exactly where you tell me I can't go. I pushed his arm out of the way and walked to the other side of the building where nobody was and opened up a dressing room door and there was a huge dressing room there all to myself. I walked in and short time after Francine came over and she knocked on the door (I had locked the door) and I told her that she wasn't welcome in there and I needed to take care of business from here myself and I closed the door and locked it. A few minutes later the door knocked again and I thought it was Franny coming back and I said Franny I told you your not dressing in here and I hear the voice say; "Well God damn Shane I thought I could come in?" and it was Terry Funk."

"I am sure he had spoken to Paul but I don't know that for a fact and when he asked what was going on I told him. I said I'll go through with the match and I'll drop the belt as Paul wants and I'm done. We sat and talked for quite a while and then Taz came over. That is what got me back on a level playing field in my head. Just being able to talk with a guy I respected and that I would be working with and to start to hammer out what we would do in the match and how we would do it and how we would proceed with it but there was never any heat with Taz, I never once thought Taz and Paul concocted this because I always took to Taz be a straight shooter and if that is what he thought should be done he would have said that but that is the way things transpired until it was time to get to the match."

For this and every other episode of The Two Man Power Trip of Wrestling and The Triple Threat Podcast featuring "The Franchise" Shane Douglas please subscribe to them on iTunes, Spotify, iHeartRadio, Podomatic, and Player FM. Also follow them on Twitter @TwoManPowerTrip
and check www.tmptofwrestling.com 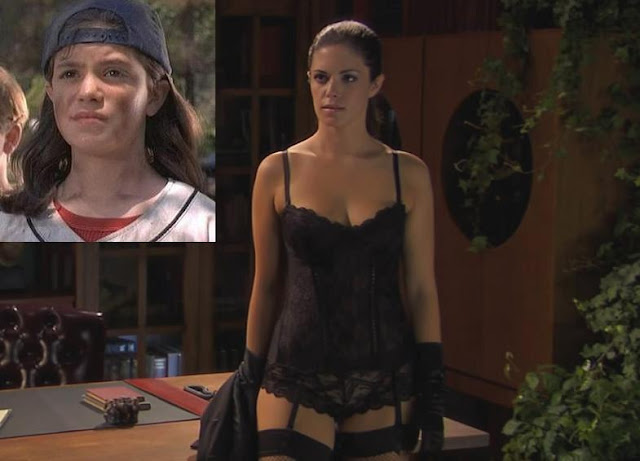