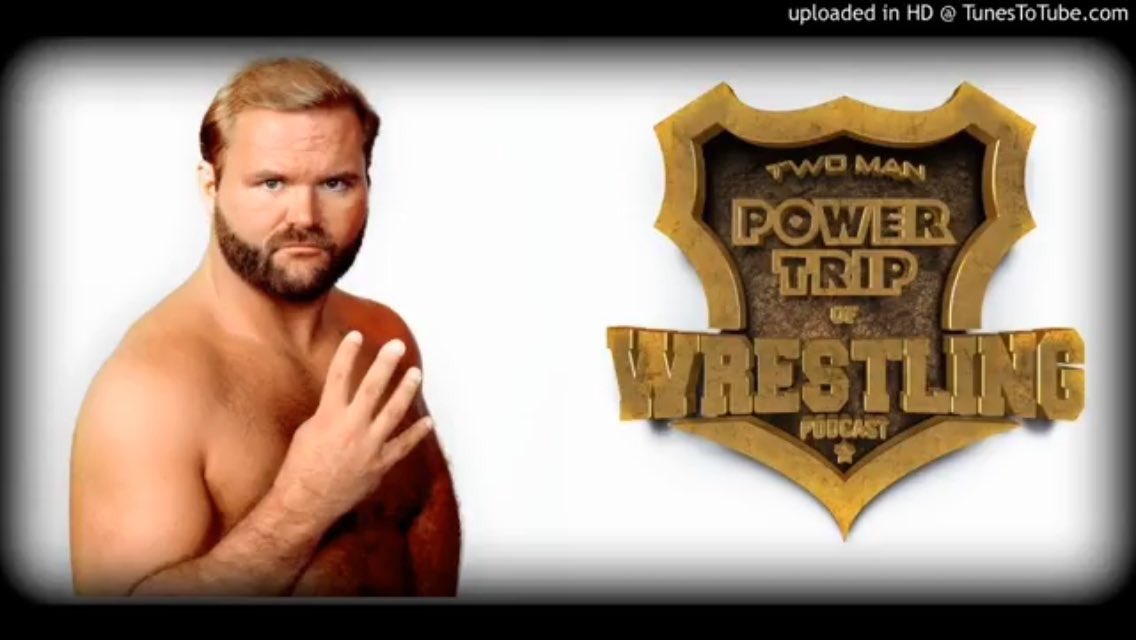 Today The Two Man Power Trip of Wrestling tackles a little horseman business as John and Chad welcome "The Enforcer" Arn Anderson. Double A relives some of the Four Horseman's most classic feuds and matches in a staple area for the Crockett territory as well as shares what the modern day wrestling convention means to the "old timers". But what would an interview with Arn Anderson be without discussing the most influential faction in wrestling history? Arn dives deep into the formation of the Horseman, the promos they cut and what made them become such a dominant group in the business. The full episode can be downloaded at this link.


Arn Anderson On His Favorite Version Of The Four Horseman, War Games:


Arn Anderson On The Formation Of The Four Horseman:

"I've been working for WWE as a Producer for the last sixteen years so I've been back to Richmond but when you are behind the scenes versus being in the ring it is a total different job and a total different feeling entirely. To be able to sit down and go eyeball to eyeball with people that tell me that they hated my guts when they were growing up or I loved you guys when growing up. Either way I am just as satisfied because I spent all of those years in the ring looking out and you don't really see faces and all you can hear is the roar of the excitement going on but you don't really get to have the personal one on one relationship that you do like at one of these conventions. I haven't done that many and my time would not permit it but now I am getting to go to a couple here and there and this one is really near and dear to my heart because Richmond was a great town with some great support from fans throughout the years."


Being able to crossover and cover both major territories in the 1980s:

"In those days if you lived up North and you didn't have TBS you were WWF fans at the time (obviously now WWE) and they didn't get a lot of stuff unless it was syndicated Crockett stuff. There were definitely two distinct audiences. People still come up to me now and know me in The Brain Busters. It is not so much the Horseman (of course they know about it) but they were Brain Buster fans or they hated The Brain Buster's guts. The cross pollination of all of that with the brands being consolidated and it is always somebody that has a different story but I think everybody understands that Crockett was something pretty special and a lot of major talent came from that company and that era and I will be forever grateful because that is where I cut my chops and figured out what to do in this business and how to grow, excel and add to the business itself and contribute."


Did he ever feel his "Four Horseman Of The Apocalypse" promo would have such a major impact on the wrestling business:

"No. Just like I didn't walk into that interview planning to say any of that. It literally was and a lot of people don't believe it but most do because this is the absolute truth and it all just popped into my head. It was just born that day and it is funny the very next week people were starting to chant "Four Horseman" and after that the four fingers went up and it was something that literally came out of nowhere but as soon as it was done, Tony Schiavone stepped up and said; "You just named you guys". I could see the look in everybody's face and they immediately got on board and we knew we had something special, we just didn't know how special."


Does he have a favorite version of The Four Horseman:

"The first will always be special just because it was the first. It was unique. I would say that I agree with the fans that say the Barry Windham incarnation was probably the most functional and most fun to watch and most exciting and best group bell to bell. You can probably name any other grouping and it is open to conjecture but certainly the first one and the Barry Windham version would be the top 2."


Getting the chance to wrestle fellow Horseman and best friend Ric Flair during a brief program in 1995:

"A lot of people go to talk about the Ric Flair and myself match in Asheville, North Carolina on a pay per view. I don't think that match was one of my favorites and I didn't particularly enjoy it. It is kind of hard to pound a knot in your best friend even if he is acting up and showing his ass and doing a lot of things that are disrespectful to you. I guess we had to have that match and get it out of our system."


The long lasting impact of the War Games matches:

"It was a full days work that is for sure. A lot of nights I thought that this was a hard way to make a living. When you are trapped in that cage with Dusty, Nikita, The Road Warriors, Luger and whoever else it was like a Barry Windham or Ricky Steamboat it is a hard 35-40 minutes. But it also played perfectly into what we were and we always said and we made no bones about it, if you jump on one of us you will jump on five of us. We were in our element and I can't remember a War Games where we got dominated. I don't if we won (if we won any) but the fact is if you ask anybody today who won War Games in a particular town that they were in that night now I am not sure if they can tell you but they would say; "My God what a blood bath and what a war". That is what sold tickets and to be able to pull off 22 out of 36 days one summer where we went on tour in the stadiums and all of us almost bled to death that summer. It was something special and has also stood the test of time and that is one of those instances where adversity introduces you to yourself and in one of those War Games matches is probably where that quote came from."

For this and every other episode of The Two Man Power Trip of Wrestling please subscribe to them on iTunes, Podomatic, Player FM, Earpeeler and Tune In Radio. As well as follow them on Twitter @TwoManPowerTrip and check www.tmptofwrestling.com