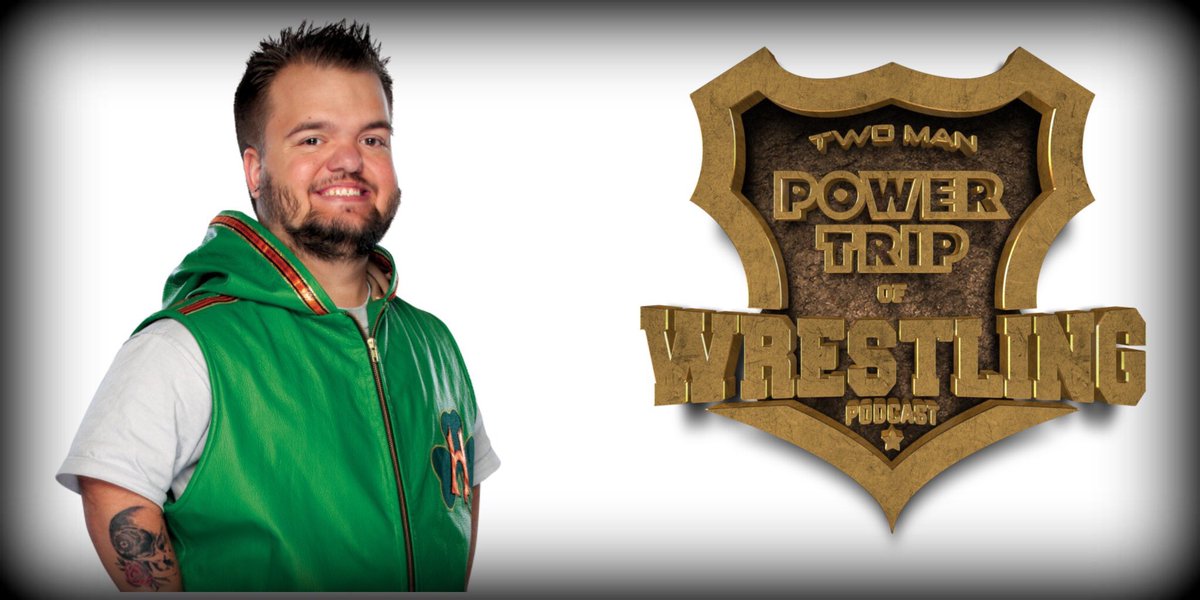 This past week The Two Man Power Trip of Wrestling was joined by former WWE Superstar, Hornswoggle. In this excerpt, Swoggle reveals that advice to avoid contact sports given to him by his doctors at a very young age inspired him to follow his dream to become a WWE superstar. That all became the ultimate reality as he became thrust into a main event storyline that would change his career as he was revealed to be the illegitimate son of Vince McMahon. The full episode can be downloaded at this link.p


Hornswoggle On Being Revealed As Vince McMahon's Illegitimate Son:

Hornswoggle On His WeeLC Match With El Torito:


Overcoming obstacles in his life:

I was six years old and I had major back surgery and that paralyzed me for three months. When my back got fixed the first thing the doctor said was no contact sports and no trampolines. Two years into my WWE contract my back doctor called my Dad and said that he didn't listen to me and my Dad said he didn't listen to me either and they kind of laughed and he said well at least he's happy and living his dream. I recently wrestled for House of Hardcore in their TV Title tournament and unfortunately I didn't go as far as I wanted to but I went three rounds in and the whole thing with that is everyone in my life has told me no you can't and that this would never work and every obstacle and it is so cliché but literally every obstacle I've gotten around and I've proved everyone wrong. Tell me I can't and I'll prove to you three different ways how I can. I don't know if that is my mindset or just someone telling me no you are a midget and this won't work and I say I am going to make it work and I am going to f*cking do it better than you thought I could."


His favorite match in his career:

"(WeeLc) That match is the single greatest thing I'll ever do in my career. It wasn't possibly the best match on the show, it was the best match on the show and that is not me having to say that because it was. I've gotten a little bit of heat for saying that in other interviews but it was. It was better than the Shield vs. Evolution and it was better than everything on that card and I know it was. The reason I feel so strongly is because going into it this was a "ha-ha" comedy show and we beat the piss out of each other, all seven of us beat the piss out of each other and it was the greatest night of my career. Everything went off so flawlessly and exactly like we had it and had it in mind to go and it was the best match of my life."


Vince McMahon’s words to him before being revealed as his "illegitimate son”:

"It was just Dylan you are going to be revealed as my son and we are going to try this tonight and going to see what this brings.


Did the angle meet his expectations:

"I think it kind of exceeded my expectations because I didn't know where it was going and I had no idea. Obviously, it ended in a different way than most people would have thought and maybe it ended abruptly but I was happy with it."


Did he have more access and interactions with Vince at TV during that angle:

"At times. Obviously, I wasn't in his office and hanging out and eating grilled chicken breast. We were doing “backstages” and sometimes it was three times a day with each other and he was very hands on with all of that and it was a lot of time with us working together on it."