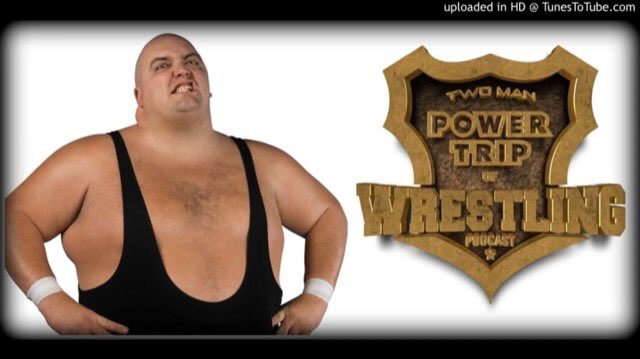 On the most recent edition of The Two Man Power Trip of Wrestling, WWE Legend and the “master of the five count” King Kong Bundy made his long awaited TMPT debut. In an episode also featuring Jim Cornette’s return to the podcast, Bundy (granting a very rare podcast interview) recollects on some of his career highlights and greatest moments with Chad and John Poz as well as DEMANDS that he be announced properly to begin any of his interviews. The full episode is available at this link.


Hulk Hogan’s Role In His Career:

“Hulk got me my job in the WWF. I was set to go work for Verne Gagne up in Minneapolis when it was still a viable territory but it was going down hill fast like all of the territories. I was set to go up there and I met Hulk in Japan and he talked me into coming and he called Vince for me and greased the skid there for me to get in there because I'd much rather do that than go to Verne but I always thought you wait until they called you. But meeting Hulk in Japan, he thought we could have good matches together and he helped me with my deal over there (Japan) and he got me in the door over here (WWF) and Hulk was very good to me. People say that Hulk Hogan has changed, I don't know that because all he did was help me and that is all I can say. Idiots like The Honky Tonk Man that run him down and you know he saved the Honky Tonk Man's life when he was up in Calgary and Hulk got Vince to bring him in. There are a lot of ingrates in the wrestling business."

“Around the beginning of '89 I was working for a computer company which basically killed my career in the WWE because it ticked Vince off so badly. I was going to take off for a year and it wound up being like five years and I got divorced and I bought a bar and all those things you do that fail miserably [laughing] but it wound up being longer than I thought and I should have gone to WCW when I came back. I had a few matches in ECW and Vince called me and told me he was going to do something with me and that was a total lie. I remember talking to people when I was working for the computer company and not long after I left and I'll say that I don't think the two were related to each other but the business was down quite a bit. In '89 I was talking to a few of the boys and they were telling me how the houses were down and I think there were some hard times there."


Lack of Characters In Today’s Product:

"I always swore when I was younger that I wasn't going to be one of these old timers running down the business and with the way it is now it is like John Lennon said: "I cannot be what I am not". I just think there is no more characters anymore and too many guys seem like they are alike and so similar and I never watch wrestling anymore so I don't know. I don't know how good the business is doing right now but I know that they can't go to Madison Square Garden every month. They used to go to Madison Square Garden and sold it out like a 129 months in row and now with drawing from millions of people you can't go there once a month? It just seems like the wrestling business should be doing so much better than it is.”