The @The3ThreatPod is back with a vengeance as @TheFranchiseSD settles in to #FRANCHISE your ass on EPISODE 56. This week Shane & @TwoManPowerTrip discuss the plummeting #RAW Ratings, the #WWE Locker room response to Hulk Hogan's return & #NJPW / #ROH at #MSG 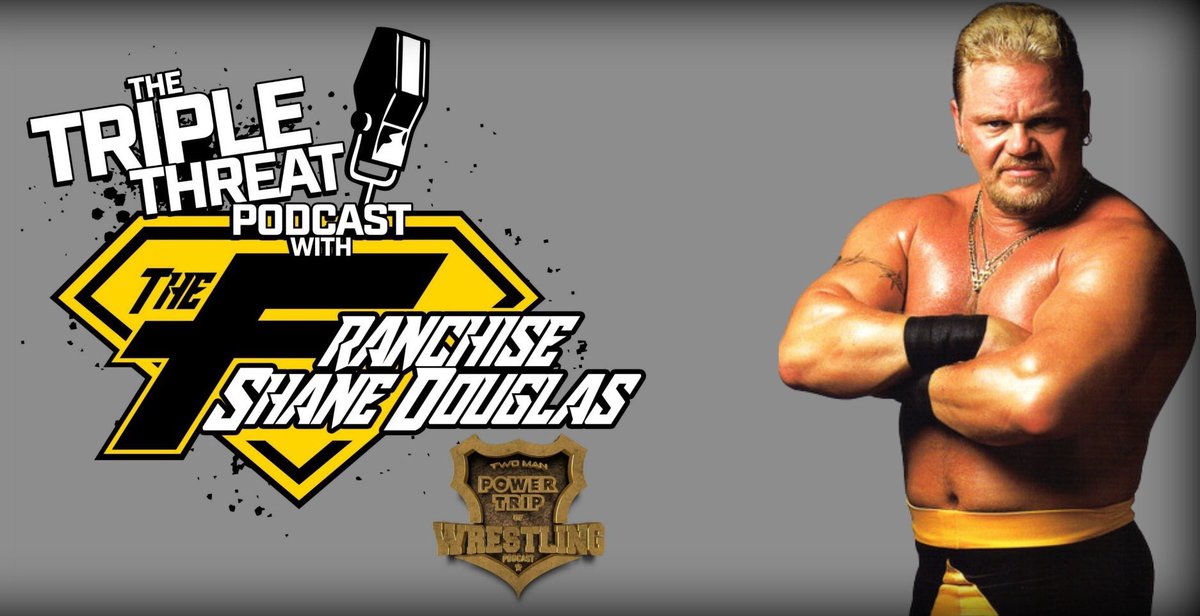 This week on his Triple Threat Podcast, “The Franchise” Shane Douglas commented on the story that surfaced of the Montgomery County, Pennsylvania school teacher who is moonlighting as a Nazi themed wrestler called Blitzkrieg. With Shane’s history as a professional wrestler who also worked as an educator, he explains how the Montgomery County school district’s use of a morality clause may indicate the future of the “German Juggernaut’’. The full episode of Shane’s podcast can be downloaded at this link.

Shane Douglas On The School Teacher Who Wrestles In A Nazi Gimmick:


"Well he's not long for his job if he's a school teacher. Honestly, school teachers sign in their contracts a morality clause and good luck with all of the judging we've talked about for the last 10-15 minutes. When the school district that he works for finds out that this guy is out there portraying a "real Nazi" as if he really knew what a "real Nazi" was. So you understand with a morality clause it says that A, B, C and D are wrong (you can't do those things) but E, F, G and all the way through to Z those things are okay. A morality clause is a grey area that the powers that be say if it is immoral than it's immoral and you are getting fired."

"I am willing to bet my last dollar that the people throwing the terms out like fascist or Nazi couldn't pass my 8th grade civics test and tell me what a real Nazi is and what a real fascist is. It is just a word that they heard someplace and they know is associated with Hitler so it is bad. So if I don't like you I'll call you a Nazi or a fascist because that makes you like Hitler in my mind and therefore that is about the worst things I could say about you. It doesn't matter if you are not a fascist and it doesn't matter if you are the exact opposite of a fascist."

"This guy (if all the things you said are true) and he is a full time school teacher and he is out portraying a Nazi character? I can't imagine a school board or administration being copacetic with that and as per any standard morality clause, I'd think there is trouble coming in his career and he might want to hope that he is pretty successful being Blitzkrieg because he many need the income."