Episode 57 of the @The3ThreatPod w/ @TheFranchiseSD. As voted by YOU the fans is The Gary Wolfe Saga. Relive the intensity of ECW's most shocking moment by going behind the curtain w/ The Franchise 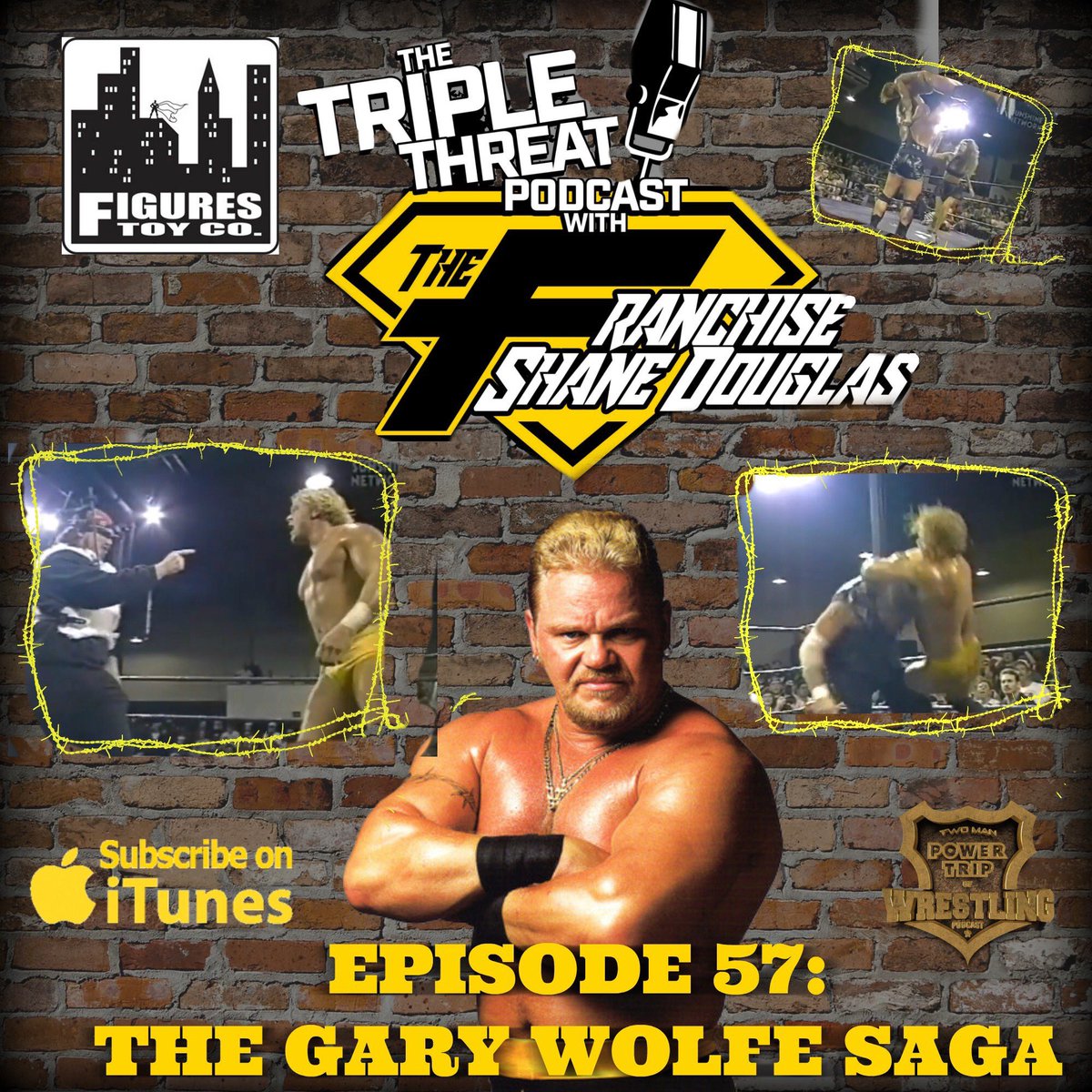 This week on his Triple Threat Podcast, Shane Douglas relived a topic that was voted on by the listeners: The Gary Wolfe Saga. “The Franchise” and the Two Man Power Trip of Wrestling of Wrestling breakdown the entire history of Shane vs. Gary Wolfe from the neck-breaking accident, the controversial promos with Francine all the way through to the despicable act of Shane throwing Wolfe down while wearing a surgically implanted halo. In this excerpt from the podcast we find out how Shane felt in the moment of the halo toss and the instant reaction the ECW fans gave him as he ultimately tried to make it out of the arena alive. The full two hour plus podcast episode is available at this link.


Shane Douglas On How Important Francine's Heel Turn Was To His Gimmick:


"To this day and I will say it until my dying breath that had Gary taken a flat back "wrestling" bump on that when I threw him down, I think it would have killed it. It would still garner some heat in that moment but in the long run in watching that played back I think most fans would say that something looks familiar here because it is a flat back bump. What most fans didn't realize is that Gary was supposed to have the halo taken off the week before and we had this upcoming ECW Arena show and Paul called him and said if you can keep it on for an extra week it would be fantastic and you'd have to ask Gary because I don't know if Paul ever explained to him what he wanted that night. We had talked about the number of throws and I am very clearly in my head counting out the 1, 2, 3, 4, 5 to when I would release him but from that moment I grabbed the halo and if you watch my face you see me going from in character to throwing him down and trying to digest and decipher what the crowd's response is."

"I knew Gary was fine first and most importantly. I knew Gary was fine because we had timed it out so perfectly and up to that point everything is planned out beforehand. It wasn't until the fans started jumping the rail that I know I hadn't conceived of because I'm just wrestling in front of a group of wrestling fans that get this and I don't think Gary could have conceived it but I know Paul Heyman couldn't have conceived of it. He'll say I knew this and I knew that but I know he didn't plan on that because you can't plan on that reaction. In a wrestling audience that is what we call "white-heat.”

"It wasn't until that moment in my career the “yikes" moment that I realized holy sh*t this is the real thing and this ain't good. I don't care how tough you are and how strong you are or how proficient you are at your craft, you are in a room of 1100+ people shoehorned into that building and every single one of them wants to get their hands on you and tear you to pieces. You've also by the way have a 100lb. beauty queen laying ringside facedown that has no idea any of this is going on and it is a pretty damn scary moment. Today sitting here talking about it, I can talk about it with pride knowing that it worked the way we had hoped it had but in that moment I don't think if you said I'll give you a million dollars to do it again and in that exact moment that I would do it because honest to God I didn't know if I'd get out of that arena in one piece. It was terrifying. The most terrifying moment of that exit from the building was the two guys in full riot gear in helmets with bullet proof vests and shoulder pads and everything who came around the corner. When I saw Tommy Dreamer looking out from the dressing room holding the curtains back and I saw the look on his face my heart sunk to my toes because I thought that I wouldn't be getting home alive and I'm in trouble here. The look on Tommy Dreamer's face was sheer terror and I wasn't about to turn around and see the barrels of the guns behind my head because that is what I thought. Somebody had a gun or somebody has a chainsaw or something viscous to the back of my head and that is why Tommy is looking like that and as also I am trying to drag Francine next to me like my school books. It was a terrifying moment that I would choose not to relive if I didn't have to.”