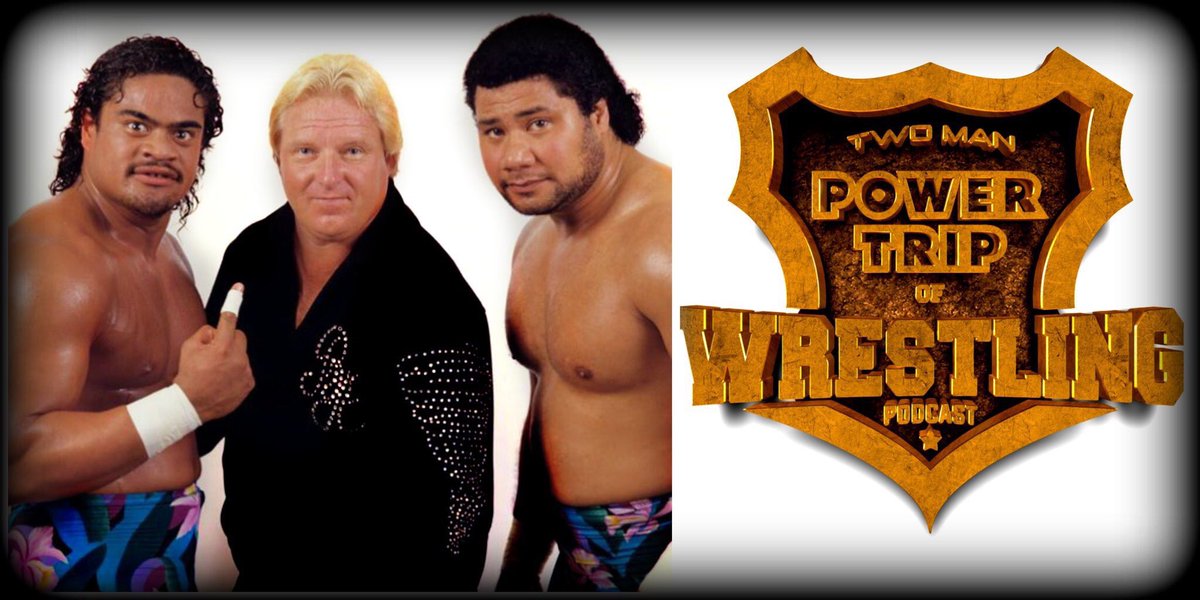 The Tonga Kid is from a long list of amazing Samoan wrestlers from the Fatu-Anoa'i family. Recently he spoke with The Two Man Power Trip of Wrestling for a very emotional and sincere podcast interview. He shared the background of how he joined his family in the wrestling business, the huge matches he was thrust into at an early age and the bond and family heartbreak that came with losing members of the Fatu-Anoa'i family. In this excerpt, TK shares a story about his former Islanders tag team partner Haku (AKA King Tonga) and a fight he had backstage with Brutus Beefcake after "The Barber" complained to management about how stiff their tag team matches were. The full episode is avaialbe for download at this link.


"I know. I've seen it with my own two eyes in the dressing room. I've seen him take up Brutus "The Barber" Beefcake in the dressing room because of the fact when they had The Dream Team with Beefcake and Greg "The Hammer" (Valentine) and the blonde guy Johnny Valiant that in our matches Haku was chopping him so hard and I had kicked him real hard, which I just liked picking on people because I know they aren't going to mess with me (because of Tonga) but I didn't know King Tonga was going to chop him that hard. When he chops you, you can feel it in your soul. That is how hard he hits you and how hard King Tonga chops you. So he (Beefcake) goes back and tells Vince that he didn't want to wrestle us and he wanted to wrestle another team because the fact is that we are hitting him too hard. I said to him if you can't take a chop than you are in the wrong business. Maybe you should find another job or something and he didn't do it once he did it again and again and he thought it was funny and he kept doing it over. So King Tonga walked over to him and grabbed him by the throat in the shower and yanked him straight up and lifted him right up like three or four inches off the ground. Of course Hogan is going to run in there and help him because that is his boy. That is like his little boy that can go like get him hamburgers and pick up all of his clothes or whatever you want to call him almost like his "butler" I guess so of course Hogan is going to run over there."

"When the rest of the guys ran over to help Beefcake, I am going to throw this out there that nobody came close. Pat Patterson and Vince McMahon had to come in himself to calm down and tell Haku to take it easy. Even with Hogan as part of that too, but trust me if you saw the look Haku had in his eyes when he had Beefcake lifted up, nobody was going to come near him whatsoever if it wasn't for me and maybe Pat Patterson."