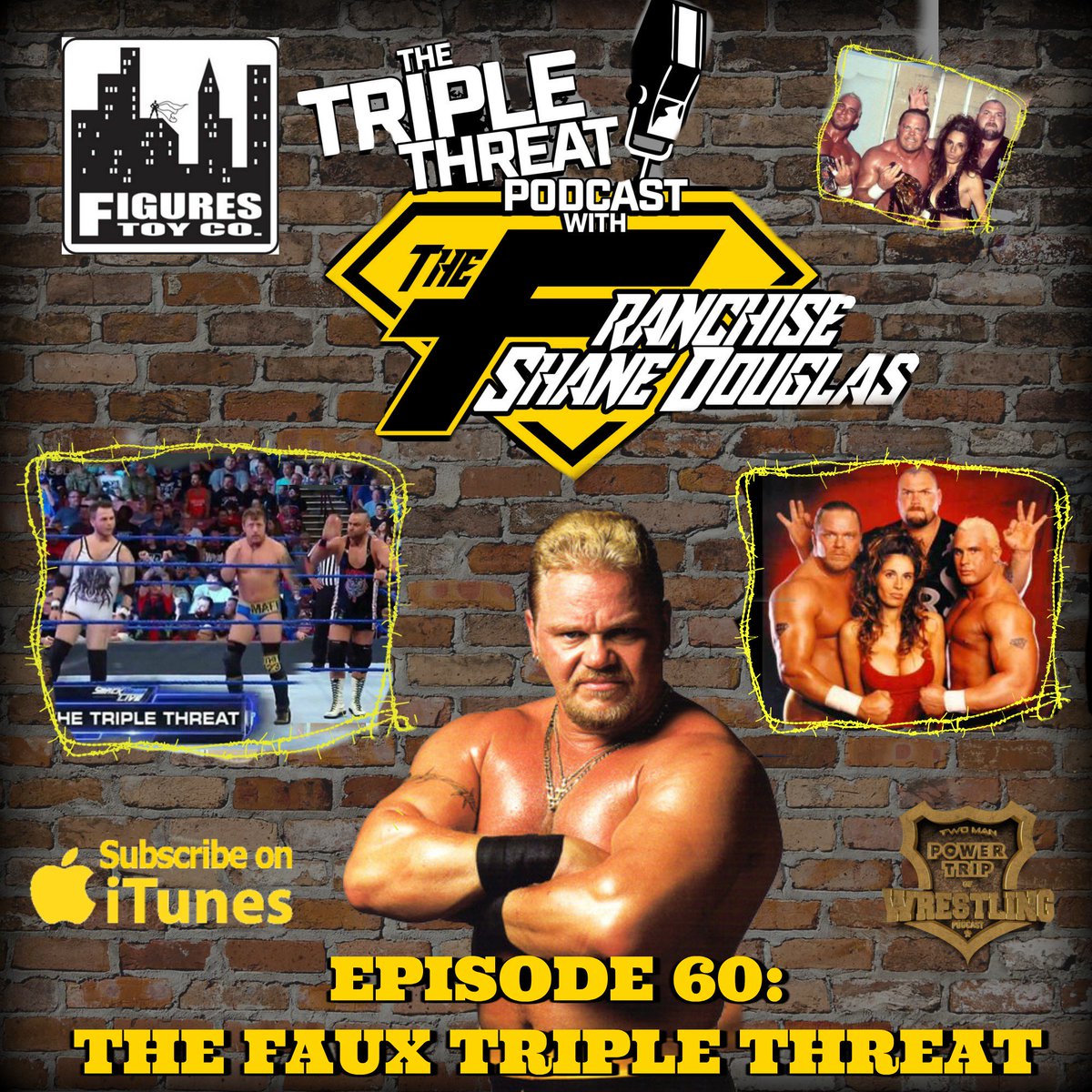 Shane Douglas finally broke his silence on the most recent edition of his Triple Threat Podcast regarding the WWE using the longtime ECW stable name "Triple Threat" for enhancement talent. Calling for the writers and WWE management to pay closer attention to the intellectual property as well as attempt to show respect to now deceased former members, "The Franchise" sternly dissects why he feels Vince McMahon's obsession with hurting former talent he can't control still continues on to this day. You can download the full episode at this link:


"No I did not watch it and I don't watch that product. So I didn't see it when it happened and I wouldn't see if they did it again next week."

"There are certain things that you don't do in our business. There is a reason that you don't go out and like the old song says you don't pull on Superman's cape and you don't spit into the wind and the reasons are obvious to most people but maybe VKM is not most people and has a screw loose so he doesn't understand and spits in the wind daily and gets it back in his face. If you go out and you say something derogatory about the Four Horsemen and I bring that one up first because everyone knows my personal dealings with Ric Flair but the Four Horseman are written in stone. You can take a picture and photoshop it all you want but people remember the Four Horsemen as the symbol of excellence and I still see Arn (Anderson) and Tully (Blachard) holding up the four fingers and you just don't do it because these are things you don't touch. No country music star today goes out and calls themselves "The Man in Black" or "The Woman in Black" and most people are intelligent enough to not do that."

"I think Vince probably got an earful back that he needed to but since Vince seems to stuck on some wrestler from ECW from twenty years ago. (Vince) I'm sure you can find my phone number and if you need help with your ratings than give me a call and I'd be happy to sell them to you or you can continue to fall like you are. If I were an investor with say Merrill Lynch or Charles Schwab I'd think twice in wanting to invest in a company that wanted to invoke something from twenty years ago in such a derogatory way and sh*t on so many fans like VKM did last week and got his earful back for it."

"Me, Brian Lee and Dean Malenko are the only living members of the Triple Threat. When people say "The Triple Threat" they think of Shane Douglas and Francine, Chris Candido and Bam Bam Bigelow. So for that company to take a slap at a group where two of the guys have passed and gone WAY too early, just shows the amount of class that company has. Classless. Maybe we should start calling them the World Classless Federation. It's pathetic. When I was there in 95/96 I wanted to take shots at other companies for the WWF and Vince told me at that point that they tried to stay above that. Apparently, the ratings have dropped so much that the mighty Vince McMahon must now think he's got to start take shots at deities from our past in the industry and things that are written in stone to try and get the ratings up. Funny thing is that Vince won't send a paycheck for residuals for what he is doing when he is evoking that. I think we've already spent too much time on this. My advice to the fans would be just stop watching. Stop paying attention to the garbage and maybe then they would get back to what our industry is supposed to be and maybe their ratings will turn around because what were they ten years ago? Nine years ago? Eight years ago? Last year? The year before that? Don't take my word for it, do your own investigation."

"This is the company that Vince McMahon has created. Everybody is a "yes" man, everybody kisses Vince's ass but my question is where is everyone's pride? Has everyone just become so complacent that you'll kiss his ass on television or figuratively in the back, but you just keep kissing ass? Come on. My lips have been chapped most of my life and I've never put them on a nice smooth ass of another person and it boggles my mind. I'm sure that Chris Candido's family and I'm sure Bam Bam Bigelow's sons and daughter are very appreciative of that from the "genius". I don't want to give it more credence than it should get because obviously people didn't watch it and my guess is less people will be watching next week, next month, next year and we've spoken enough about that piece of sh*t now lets move on."