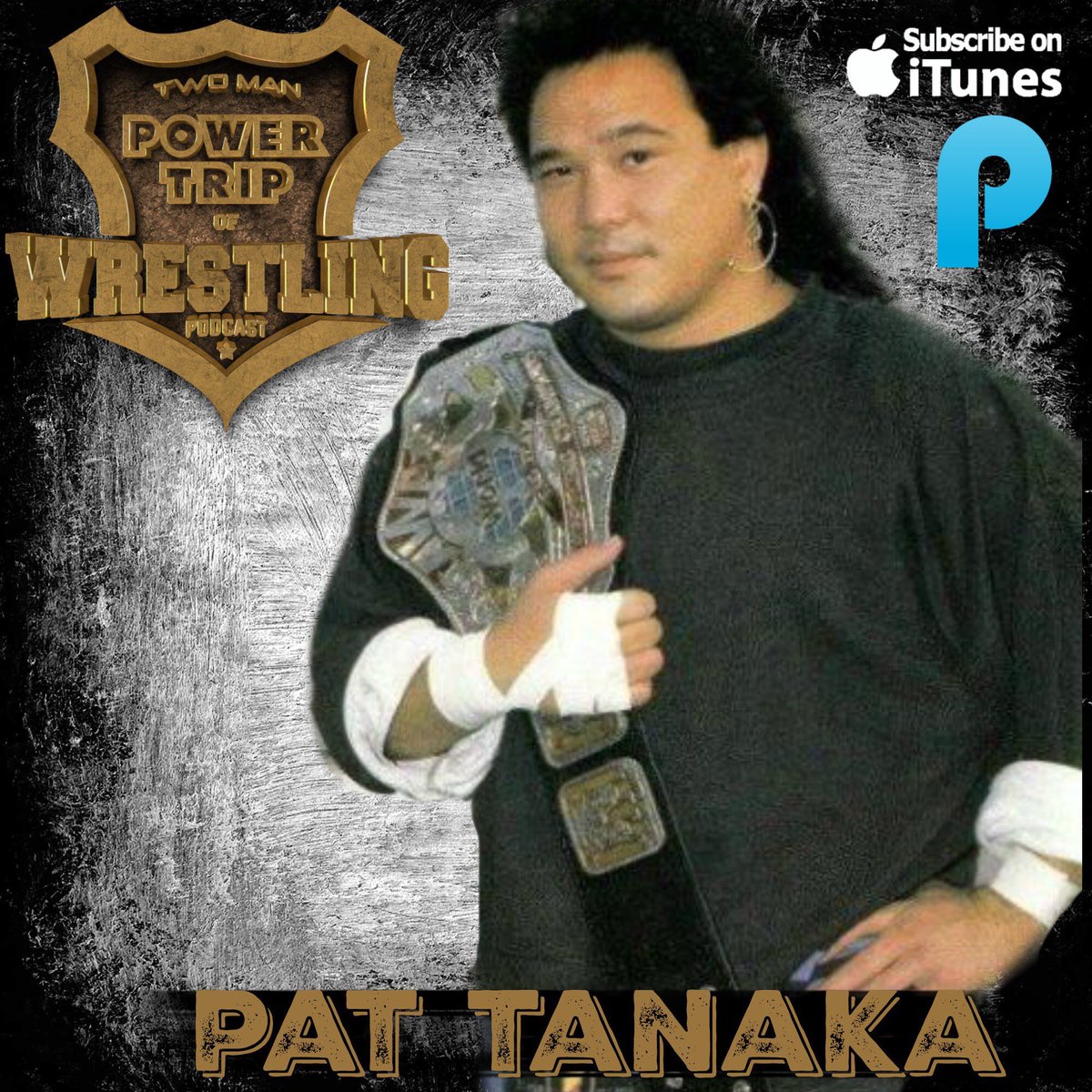 Recently The Two Man Power Trip of Wrestling was able to welcome for a very rare interview former Orient Express and Bad Company member, Pat Tanaka. Known as a tag team specialist in the AWA and WWF, Tanaka's size and moves were deemed innovative for the time he competed and he retells the stories that helped mold his career and overcome a lot of adversity during a "big man" era. We also get amazing insight into the famed Royal Rumble 1991 opening match between the Orient Express and The Rockers where the four men competing turned three minuets into an all time classic. The full episode can be downloaded at this link.


Pat Tanaka On The Orient Express Vs. The Rockers From Royal Rumble 1991:


Pat Tanaka On Mr. Fuji And His First Orient Express Team With Sato:


Being paired with Sato as The Orient Express:

"I was just like wow. I couldn't believe it was so awesome. I remember knowing it was so different for me because you have to remember that there was no small guys back then. I was 5'8'' and I weighed 170lbs and I remember our first team we worked with was the Demolition and they were looking at me as to say yeah right. They were upset and were saying that they were not working with us, it was bullsh*t and that they were not putting over “those” guys. When you walked in that dressing room it was intimidating because you've got all these big guys and they were asking what are you doing Vince? It was horrible how it was to us but I just did whatever they asked me to do and I know Vince had to tell them that either you work with us or you leave because he didn't want anything happening to us when we are in the ring. After a couple of matches everybody knew we were okay and they got to know me and they knew that I worked my ass off and that I would bump my ass off for them and do my job. I wasn't out there to be a star, I was there to make them look good that was my job."

“Me and him (Diamond) never had to say anything to each other because we pretty much knew what was next and what we had to do. It is like The Rockers with Marty Jannetty and Shawn Michaels because they never had to talk. We put that match together for the Royal Rumble because we originally thought our match was going to be three minutes and they told us right as we were walking out that now they need thirty minutes, that crazy when you are walking to the ring. But it is just like that, it is just the chemistry you have with your partner and the teams that you work with. I was lucky to work with people like Shawn Michaels, Marty Jannetty, Demolition, Legion of Doom were incredible to work with and people like the Hart Foundation and I mean Bret Hart, Owen Hart, Jim Neidhart and anyone who was in that era they really loved to work and that is what was great about it."

"When we put our finish together for the first three minutes we didn't think we'd have to stretch it for twenty-seven minutes. But it is like when we faced Legion of Doom it didn't look right. They had five-hundred pounds on us and it looked ridiculous with us working them but when we did work with them it was the chemistry that was incredible and it was so much fun to work with them and I loved taking those fast bumps and that kind of stuff."

"Pretty much everybody that I remember stood up on their feet and started clapping because pretty much we couldn't breathe when we came to the back and it was just so crazy how out of breathe we were that I couldn't even talk and so blown up. But I remember that everybody was just saying what a match it was and that is something that is rarely said to you."


Did he prefer to work Shawn Michaels or Marty Jannetty:

For this and every other episode of The Two Man Power Trip of Wrestling and The Triple Threat Podcast featuring "The Franchise" Shane Douglas please subscribe to us on iTunes, Spotify, iHeartRadio, Podomatic, and Player FM. Also follow us on Twitter @TwoManPowerTrip & @rasslinpal