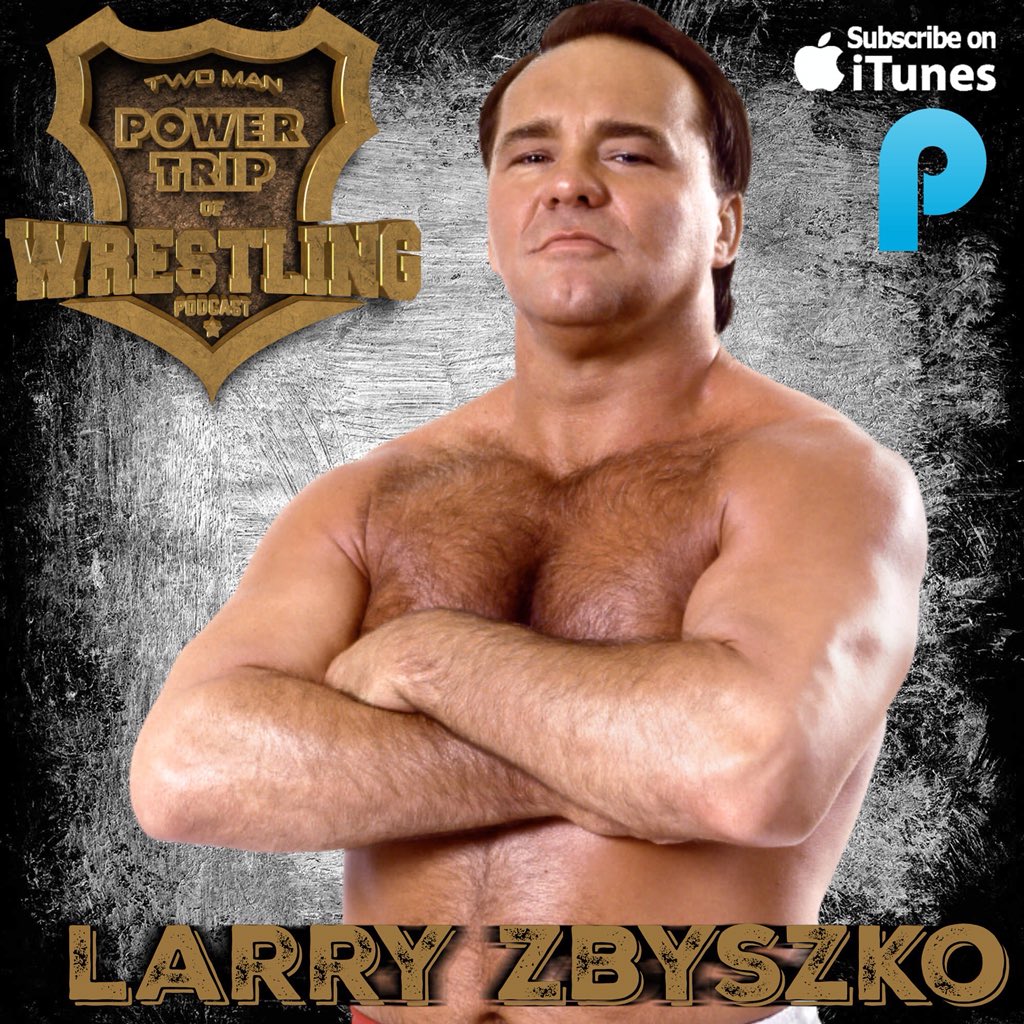 The Living Legend Larry Zbyszko was recently a guest of the Two Man Power Trip of Wrestling Podcast. Larry Zbyszko is infamous in the wrestling world for his early days in the business as the protégé of Bruno Sammartino as well as the being the man to turn on Bruno and battle him all throughout the WWWF territory culminating in a giant showdown at Shea Stadium. But "The Cruncher" also made a name for himself throughout the 1980s and well into the 90s as a key component in the nWo vs. WCW storyline during the Monday Night Wars. In this excerpt from the one-hour interview, Zbyszko discusses his days teaming with Arn Anderson as The Enforcers, his transition into commentating and his role at the WWE Performance Center. The full episode is available at this link.

Larry Zbyszko On The Dangerous Alliance And Early Days Of Announcing:


Larry Zbyszko On The Later Years Of The AWA:


Teaming with Arn Anderson and The Dangerous Alliance faction:

“It is a funny story but at that time with me and Arn, I was never big on being anything but a singles guy. I wasn't big on anything about being a tag team guy because the singles guys are bigger stars and make more money. But when I was getting close to forty years old I needed a break and the Enforcers were over. For some reason me and Arn clicked and Arn was great. We had a great time on the road and we would walk out into these towns and we got heat. Tagging with Arn and The Enforcers actually should have gone longer than it did and I was willing to do it and so was Arn but the politics changed at Turner and Bill Watts came in.”

“When Watts came in they started this Dangerous Alliance group and I wasn't big on being in a group and I wasn't big on Bill Watts when he came in to run the company. His theory was anyone who is forty years or older is a waste of time and he was all for new-young guys. Which, on one hand is a good idea but he just wanted to push Erik Watts. When Bill Watts came in and I didn't want to be part of a group and in a strange coincidence I needed a knee surgery to get some cartilage cleaned up. So the company was very nice and took care of me during the surgery and that took me out of the wrestling groove and while I was doing my rehab, I was still under contract and one of the producers came up to me and asked if I'd do some voice overs because they just fired Jesse (Ventura). So I went down and helped them and after doing a couple of shows the Executive Producer ran in and told me that I was the best color guy he had ever heard."


Feud with the nWo and helping at the WWE Performance Center:

"The New World Order was another cherry on top. I was involved with when they got it going and with (Scott) Hall and (Eric) Bischoff who were great. Talk about heat! People were diving through rails trying to get at Bischoff and throwing crap in the ring, it was great. Ratings were at an eleven and it was gravy just selling out 30,000 seat arenas in an hour because it was hot."

"It was the end of a great era but you know what is exciting? That era ended and now wrestling is going into a new era. A new era is exploding on the scene and they are going global in a global network era, the stock went from like $8 to $90 and the company is awesome. The talent is super-well trained at the Performance Center which is cool fro me because it is right down the street so I go down there and do some things. I think it is time now where this era needed some huge stars because Cena is gone, a lot of stars are gone, The Undertaker has his like his last time ever coming up so there is an era coming to an end and a new one under way and we are going to get some guys ready for it and it is going to be great."