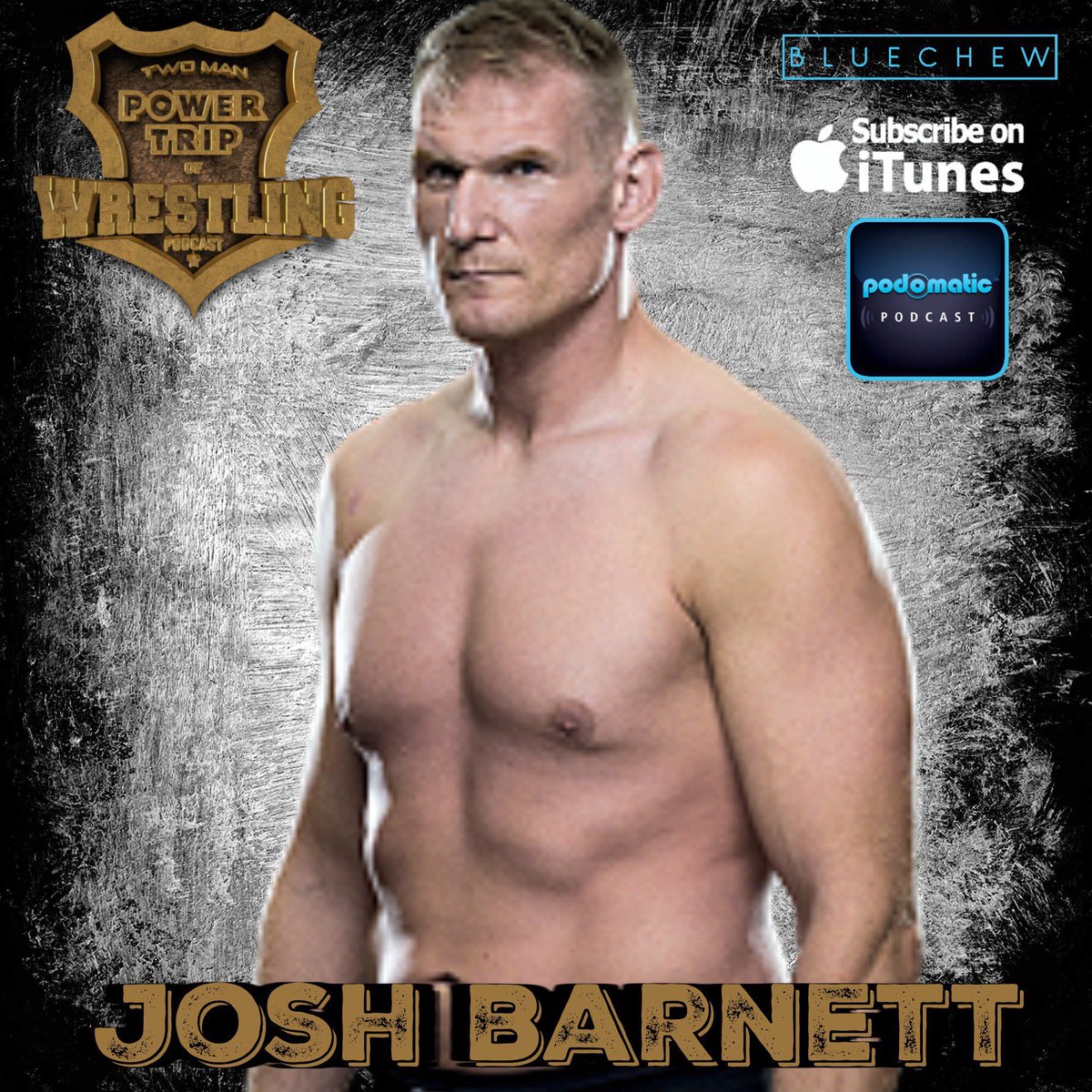 Earlier this week on The Two Man Power Trip of Wrestling Podcast, Josh Barnett took to the airwaves to discuss the upcoming Game Changer Wrestling Event on 4/4/19: Josh Barnett’s Bloodsport (https://www.eventbrite.com/e/gcw-presents-josh-barnetts-bloodsport-tickets-51579142604) as well as comment on his current status with AXS TV and their NJPW coverage. The full episode can be downloaded at this link.


Status of he and JR’s roles with NJPW on AXS TV:

"New Japan pretty much has cut out 90% of AXS as of late last year and the production is done. The very small segment of AXS that does some production for them and is almost all entirely New Japan World based to my understanding. We (myself and JR) don't have anything to do with AXS anymore and the wrestling was and always had some incredible moments."

"Part of TV Asahi (their idea) and I was fully on board for and agreed and will argue it to anyone but starting back when they did was a key point that you can start to introduce the prominent players and prominent storylines that are important to those that had never seen it. That is what was so important. Get people that don't watch New Japan or don't watch wrestling at all to watch this product and get sucked in and get into these storylines and see this wrestling and be completely blown away by it. When we first started out especially I would get so many people that were from an MMA perspective that said I don't like wrestling, but I like this. They loved hearing it being treated like a real contest and I was blown away about the kind of reception it got Mauro got ranked or got voted number one commentator by the Wrestling Observer after that first season and I cam in third and JR came on board and I got a chance to work the legend himself. He's an incredible man and we continued that same concept of treating this 100% legitimate but after awhile the wrestling started to get a lot of crazy spot oriented and I suppose it must be up until now because I haven't watch New Japan since last November. It has taken quite a change in terms of the style of wrestling that New Japan is known for. I have no doubt though that there are guys out there cranking out some killer matches still, I just haven't seen them."

“He busted up his ribs and he hit his head on the railing behind us. The main thing about that was that for one if you are in the WWE and you are going to go outside you just can't grab your worker or grab wrestling partner and just smashing up the announce table or anything like that around there without them knowing about it. The office would tell you whether that is okay or not and there is no way that you are going to smash up their stuff or interfering in any way if they don't know about it. But New Japan, from the first live show we did in Long Beach (the first one at the Convention Center) they were whipping themselves into stuff and JR was sitting there like what the hell? Why do we have to be involved in this? I don't need people flying around and possibly hitting our equipment and mashing into me and he's kind of coming from a perspective that people will often do that deliberately to get JR to get hot at them so they can get something to work with or to make some notoriety and to say hey look here I am and I did this or create interest or notoriety or whatever. JR is always like just don't do anything around here and the thing is that nobody ever comes up to us and asks and that is the other thing, if you want to start smashing people into the guard railing in front of us where all of our equipment is, could you just ask? Could you talk to us? Ultimately, we want to make sure you look great and we are in on it too and if you just go running around doing whatever you feel like, for one we are going to do whatever we can do and if you involve us in it that is a different perspective all together and it is almost as if you are taking advantage of a situation and I am not implying any ill-will on Jay White and Juice Robinson's part and I don't believe that at all. But at the time they were whipping each other into the railings and the railings were not secure because they were exploding up into the air practically and they went through and came over and looked at us and I was like oh man and BOOM a 230lb Juice Robinson goes right into that railing and it smashed right into the table and just ripped the corner of that table into JR and he just completely collapsed underneath and he hits his head, smashes up I don't know what and I look over and see people immediately tending to him and I look at Jay White and it was a tense situation and I just wanted him to give me some acknowledgement that he f*cked up and that’s it. I don't know these guys but I tend to feel that there is a lot of disrespect in modern professional wrestling towards old timers and I feel like there is a lot of folks that look as wrestling as being nothing to do with combat sports and nothing to do with legitimate wrestling and that its all part or all worked and who cares, screw kayfabe and you don't actually need to know how to do anything for real and all these guys that think otherwise are dinosaurs and are just haters and screw those dudes.”

"I won't get into it too much but I always felt there was an attempt to torpedo me and JR from external and internal sources. So, I was always quite aware of not only what I felt was disrespectful behavior but some things where they were I feel like trying to get us out of the way to improve their position and that is just my theory and maybe I am wrong who knows, in any case JR gets annihilated and I'm just thinking what the hell this is so pointless and I wanted the recognition that it was a screw up and I didn't get it and then he starts sh*t talking me and I'm like that’s it. So when I went out there it was to make an example out of him but it was also about not being reckless, about not going just doing anything for your own benefit at the possible deficit of others which is what happened with JR. He's a 60 something year old man and he doesn't need to be smashed with a table and knocked down to the concrete and hitting his head on a steel railing. He didn't sign up for that and if you wanted to somehow get him involved in that kind of way, you should ask him. It wasn't the best of scenarios but I was livid and thought it was so unnecessary and nobody needed to get hurt and I was mad at (Red Shoes) Uno for not being in control of the match as the referee and I felt that it was so unnecessary. At the end of the show they came up to us and apologized and we let them have it and our main point was just that all you had to do was tell us and that was it and we could've worked something out and made sure that you got whatever it was you were looking for we don't want to get in the way, we only want to help it."