The @TwoManPowerTrip welcomes back the current reigning and defending @nwa World Champion, @RealNickAldis 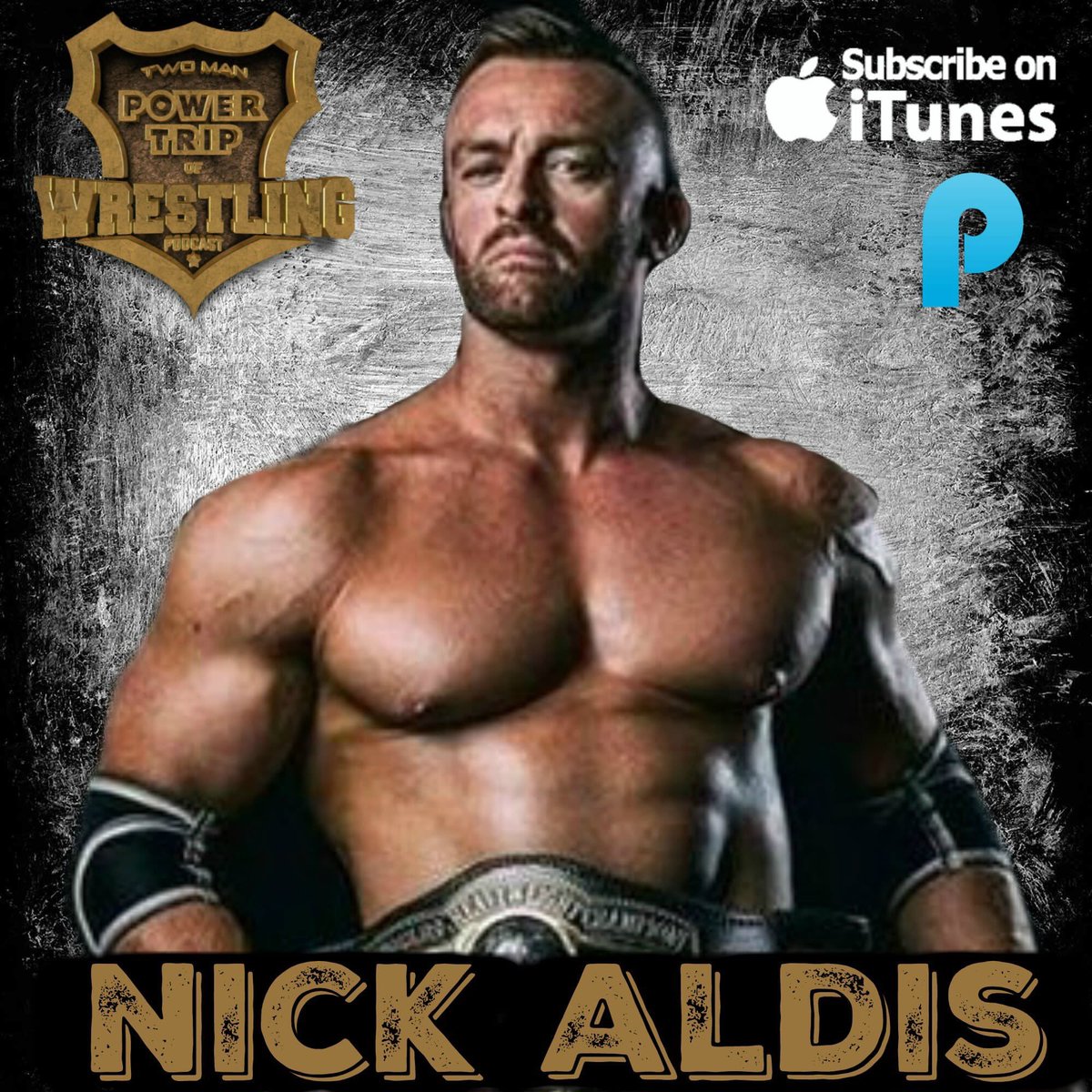 This week The Two Man Power Trip of Wrestling welcomed the reigning and defending NWA World Champion, Nick Aldis. In the near 90-minute interview Aldis, reflects on the last few years of his career and the gigantic success he has experienced with the NWA and the dedication it has taken to represent the history behind the ten pounds of gold. In this excerpt we learn about the relationship and sudden falling out Aldis had with now WWE Hall of Famer Jeff Jarrett and what it means to be the NWA World Champion. The full episode is available at this link.


Nick Aldis On His Falling Out And Reconciliation With Jeff Jarrett:


Nick Aldis On The Importance Of Being NWA Champion:


His falling out and reconciliation with Jeff Jarrett:

"I was sort of back to treading water again because Bruce Prichard came in and Eric Bischoff came in and they didn't really know anything about me and I had this reputation as someone who Dixie liked so that immediately kind of turned them all off to me. I was kind of like well that's not my fault because I'm just trying to get better and trying to get good at this and Jeff (Jarrett) had seen this in me and seen how I tried to improve and seen how much I tried to pay attention and sat on the head sets so I could learn everything about television."

"When I finished up with TNA there was a situation created where I couldn't stay with them and they couldn't afford to keep my contract and I wasn't going to take a pay cut and its been well documented that I didn't gel very well with John Gaburick. That relationship wasn't going to work so right away I decided to move on and right away Jeff had Global Force and yes it didn't do much and didn't go anywhere but he went with me and he went for it and right away brings me in and I'm the first champion in front of a few thousand people in Vegas beating Bobby Roode in the middle of the ring. When someone does those things for you, you don't forget it."

"There was a time where Jeff and I didn't speak for a long time and we had a pretty major incident and a pretty major falling out. I won't go into all of the details but there was a major falling out between Jeff, Karen and myself and my wife. It pretty much completely changed our relationship up to then. It was me that said Jeff was having some personal problems later on that when we had our falling out that it was obviously a time in his life where I wasn't aware of his problems at the time but he was suffering and he was an alcoholic. So I decided after he had been inducted into the Hall of Fame, I reached out to him and asked him, said there was no pay day but I'd really like it and it would mean a lot to me if he was part of my entourage and walked me to the ring at All In because it is a testament to you. You helped teach me to be ready and he did it. Once I explained it that way to Nick and Matt (Jackson) that we have a chance here to set a precedent because I don't know what there beef with him was or that situation because that's not my business. I said this is your show and the whole point of All In is saying it can be done. Lets stop being so petty and silly and what better way to exemplify that than to say we even allowed Jeff Jarrett to be here. The past is the past and we are all in this together and once I explained it to them like that they said absolutely and now the relationship is back to where it was now and the Bucks are happy so everyone is happy."


The importance of being NWA World Champion:

"If like me you are a student of the game and you study the history of the business you understand the significance of the ten pounds of gold, the NWA World Championship. You see the people that have held it and you appreciate the fact that it is the same belt and you are a part of that lineage and that is never something I am not going to take pride in. I'm sure Cody would tell you the same thing if you asked him and almost everyone else who has held it. That is sort of the fundamental answer but the other part of it is that it has been very rewarding to be part of something that was absolutely a start up from the very beginning and pretty much from day one."

"I was the first guy on the ship and that is a cool feeling because my personal journey was the journey of the actual title and to say that pretty much it was on life support in 2017 and to get to All In on September 1st and in just a little over a year be in pretty much the most talked about match of the year and certainly the best built match and certainly in terms of the emotional response it would be hard pressed to find anything that tops that match and the way we did everything. In many ways it is sort of like a validation of me because I proved that when I was allowed to do things my way I could make this work and I could make it really important and make it mean something. I think the business is about moments. I don't care as much about having a great match as I do having a great moment. Ultimately when you look back at the history of the business financially and from a sentimental point of view it is the moments you remember. You remember Hogan slamming Andre, you remember Rock and Hogan staring down face to face or Steve Austin driving the beer truck and it is the moments. You don't remember every single moment of the match and every single spot, every single headlock, every single arm drag. You remember the moments and that is what I got in the business to do and it was nice to be able to prove that when I was allowed to trust my instincts and do it exactly my way."