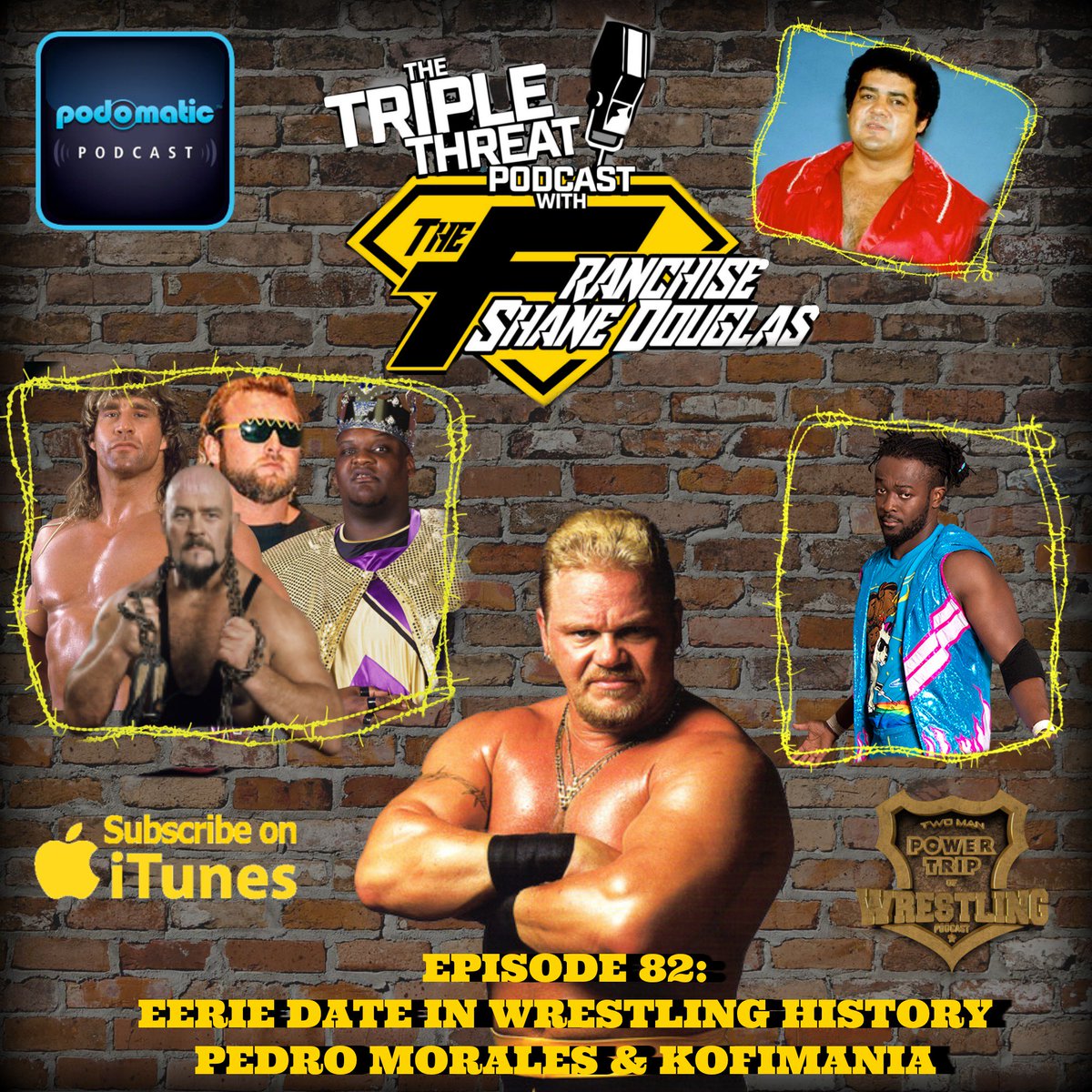 This past week, The Franchise Shane Douglas weighed in on the recent passing of wrestling legend and WWE Hall of Famer, Pedro Morales. Morales, a gigantic star in the 1970s and who at one point was the most popular wrestler in the WWWF was seemingly written out of WWE history over the last twenty plus years. In this excerpt from episode 82 of his Triple Threat Podcast, Douglas questions why Vince McMahon ignores certain stars from Vince McMahon Sr.’s era and why he feels no need to give an explanation as to why they are seemingly forgotten and in some instances left out of WWE’s Hall of Fame. The full episode can be downloaded at this link.


Shane Douglas On Why Pedro Morales May Have Been Ignored By WWE For 20+ Years:


"We've had this talk ad nauseam about the Hall of Fame and all the rest of it and to me I stand by what I've always said that I could not fathom accepting an invitation to something that I never really had part in with the company and yet for the guys like Dominic (Denucci), Pedro and Ivan (Koloff) and so many others that were the generation that inspired my generation to go into the industry, it ain't that alluring to me. Guys like that and I remember talking to Ivan and how hopeful he was and how excited he was at the prospect of being in the Hall of Fame and I guess as you got older and time is shorter that it might become an important aspect. But to see how many of those guys have been overlooked, ignored, denied and God only knows what the reasoning would be (maybe) you stole my parking spot 40 years ago and now I'm going to hold it against you? That really is the only thing I can put on it because especially with Ivan, I had spoken to Bruno, I had spoken to Dominic and everyone I knew from that generation that was there at that time and asked them if they knew of any reason or did Ivan do something to Junior that so pissed him off that for nearly four decades he holds it against him and all of them told me the same thing, Dominic included that they didn't know of any issue between them. It is just one of those things that with Pedro, yeah they inducted him into the Hall of Fame and he was announcing but all of a sudden he was persona non grata there and I'm a curious person by nature and I want to know why? Vince doesn't seem to be shy on camera and he seems to like to hear himself talking so if that is the case than please come out and tell all of us, the ones who grew up and watched all of these guys. Explain to us why you wouldn't at least acknowledge Dominic at Bruno's funeral? You wouldn't invite Pedro Morales back for Monday Night Raw or WrestleMania? Why you wouldn't admit someone like Ivan Koloff with all of his accomplishments into the Hall of Fame? That would be a video that I'd pay to see from WWE. I'd pay to see that one because of the reasons to why? Unless you are shy? Vince looks like he would be sort of shy type of guy right? When it comes to truth I guess. The truth has a way of making a lot of people shy right? Maybe I don't want to talk about this right now so we'll move on to the next subject but I guess when you are a billionaire and you can control the narrative than you can decide the things you can talk about and not talk about. I'm going to take a stab in the dark here and show you how precious I am and that I've got the ESP for the future. I bet when the XFL launches next year that Vince is willing to go on camera and talk about a lot of things, I bet at WrestleMania just a couple of months from now that he'll do the same type of thing and probably on a Monday Night Raw between now and then he might be on camera and talk but for some reason there are certain things he doesn't like to talk about. If you fans out there listening run into Vinny Mac someplace ask him, have your camera ready so you may be able to get on camera and on video that is pretty valuable because people like me are dying to know the reason as to why Vince McMahon has a hard-on for so many guys from that generation that created the industry that gave the platform to WrestleMania. Just asking."


For this and every other episode of The Two Man Power Trip of Wrestling and The Triple Threat Podcast featuring "The Franchise" Shane Douglas please subscribe to us on iTunes, Spotify, iHeartRadio, Podomatic, and Player FM. Also follow us on Twitter @TwoManPowerTrip & @rasslinpal