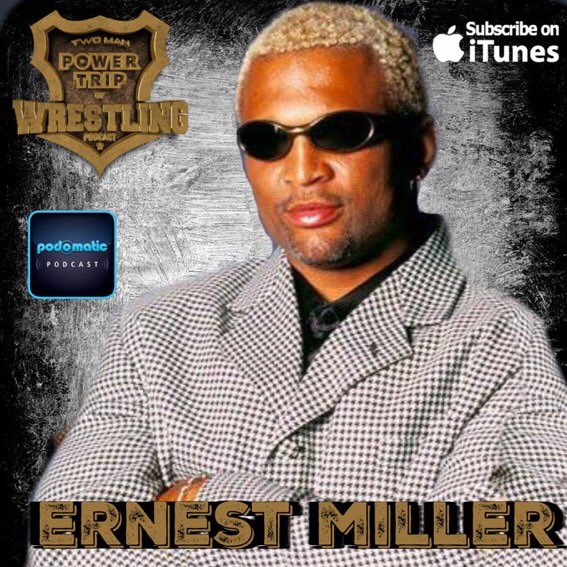 Somebody better call my mama and tell her that this week’s podcast is an absolute must listen and features former WCW and WWE Superstar and 3x Karate World Champion, Ernest "The Cat" Miller. In this rare interview, “The Cat” who is widely known for his time working alongside Glacier in WCW as well as the infamous James Brown WCW SuperBrawl appearance opens up in this excerpt about his short run in WWE and why things may not have worked out the way everyone had hoped. The full episode can be downloaded at this link.


Ernest Miller On What Went Wrong During His Run In WWE:


What did he do immediately after WCW closed:

"I knew I could go to WWE anytime because I saw people going over there that I had worked with and had heard that Vince McMahon really liked my character so I knew that I could do that. But you know what? I had a boatload of money, I had a twelve year old son and a two year old daughter and I was like do I want to go back because I had just gotten off the road (280 days a year) and I was ready for a two year vacation. When that came (the WWE buyout of WCW) they said you can go right now or just stay home and collect your money. I said I'm staying home and going to collect my money and I was a stay at home Dad, got to take my son to all of his basketball games, take my daughter to school every day for about two to three years and that is why people didn't hear from me."

"When I went to WWE and I was there for two to three years, once I left them people would ask me what you did then. I left WWE because they said they couldn't write for me. Which I thought was a little strange because how could you not write for somebody like me? I could do so many things and Vince McMahon used to tell me that every day. Every time he'd see me he'd say that you are talented and I'm a fan and you've got so many things you can do that all we have to do is give you a mic and go. But when I got there I saw that things were a little different and they were doing some different things and they did give me an opportunity up there and I was happy and I still appreciate them giving me the opportunity to work with them at WWE. When I left wrestling I didn't realize that I wasn't thinking about going back to wrestling I was thinking about going right back to karate and teaching and building my business. For the first two to three years or maybe a little bit longer I didn't even do Indy shows. I was getting calls from Dubai and Germany and from all over the world."


Why he didn’t have a long tenure with WWE:

"I was good at it but it just wasn't my time. They wanted me to wrestle and I didn't understand at the time but I understand now what they were talking about. They wanted me to go and develop myself and come right back. That is what they told me. If you go and develop yourself as a wrestler go develop yourself on the Indy circuit and we will come back and get you. But I didn't know the business. In the NFL when I tried out for the Atlanta Falcons and they release you and let you go, they aren't thinking about you when they release or coming to get you in a couple of games it is just over. But the way wrestling is totally different is that they actually told me to go hit the Indy circuit and get established your character and come back here. But me, I failed to understand that with me being so new to the business that I just said I am going to go back to karate."

"Lately I have been doing Indy shows and for some reason I've got the itch to be back in the ring and each time I do something or do a show I forget how good I was. I know that sounds kind of arrogant but I forget how but when I did a show in Chicago, the guy gave me the mic. When he gave me the mic some of the crowd knew me but a lot of them were real little kids but by the time I got out the mic the whole crowd was with me and I said to myself that damn I am good."