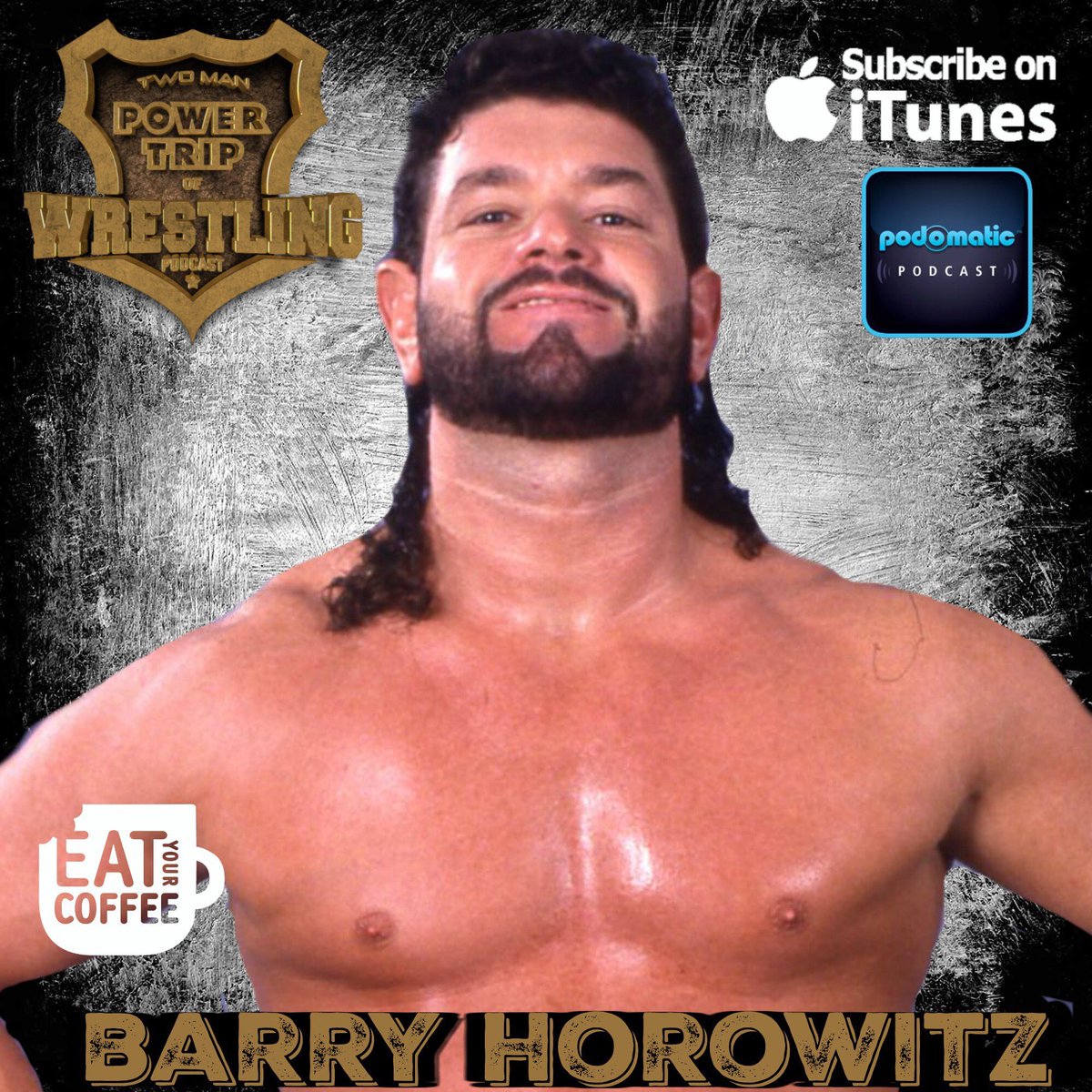 Former WWE Superstar, “Mr. Technical” Barry Horowitz was the most recent guest of The Two Man Power Trip of Wrestling Podcast. He will be appearing next Saturday at The Legends of the Ring convention in Monroe, New Jersey from 10am-2pm. In the following excerpt from the interview, Horowitz discusses how he’d like to lend his skilled hands and experience in the wrestling business to either AEW or to the WWE Performance Center. He also discusses and names many of the all-time great superstars he was wrestled over the years and why he was such a reliable craftsman in the ring. The full episode can be downloaded at this link.


Barry Horowitz On Wanting To Work As A Trainer For WWE Or AEW:


What does Barry Horowitz bring to the table as a trainer or coach for AEW or WWE:

"I think what Barry Horowitz brings to the table is over a 20 year career and resume. I've basically wrestled all over the world, I've wrestled almost everybody in the wrestling business and I mean top notch. I was taught by the best in my opinion in Professor Boris Malenko and I would like to instil that with other young athletes the way I was taught. I like the way I was taught and I think it still prevails today and I would love to spread the wealth and physicality of my know-how."

"You see it a lot on TV and the case in point is when you are watching professional football and you'll see a new offensive coordinator or defensive coordinator or even a head coach but let’s stick with the coordinators right now and you say, where did this guy come from? Or you do know him and he was a head coach or he was just brought up from a special teams coach to offensive coordinator and you've got to have new blood and you've got to try these people out. Sometimes they do alright and sometimes they don't. In my case, I think I bring a lot to the table as far as basic technical wrestling, storytelling and all the fundamentals of being a true professional wrestler."


Connection to the Rhodes family:

“What is odd about this whole conversation is I know everybody but Cody. I've wrestled Goldust numerous times and I've wrestled Dusty numerous times but I've never met Cody before. I've watched him on the television when he first started in the WWE and he is an impressive technical wrestler."


Who would go over his matches during his WWE tenure:

"Vince doesn't have to come to me and he doesn't come to me he has his agents to do that. That would be somebody like Tony Garea, Chief Jay Strongbow, Grizzly Smith, Rene Goulet or somebody of that nature unless it is something that is really hot and heavy and you are getting explicit instructions than it could be Pat Patterson or Gerry Brisco."


Being able to adapt to so many different styles:

"Well, obviously I did something well for myself because I did it on my own. Remember now, I wasn't brought in by my great wrestling father or something like that or brother or cousin or a promoter knew me this was just a guy that was just trying his to work his tail off. Another case in point is Otto Wanz and when I went to Austria. This gentleman had been contacting me probably three years straight to come to Austria and I never went because I was involved with WCW or WWF and was under contract. He understood until one year he called me and I was ready to go and it was awesome and it was great and he treated me unbelievable. He doesn't go by are you this or are you that. No. It is you've got talent, you respect, you are listening, you are an athlete and that is how he judged you. Not by your gimmick or whose brother you are or whose son you are."