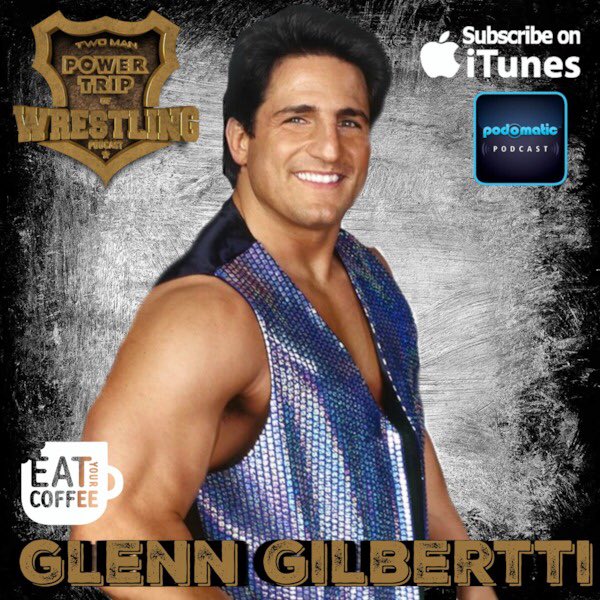 This past week Glenn Gilbertti AKA The Disco Inferno was a guest on the Two Man Power Trip of Wrestling Podcast. During the interview, Gilbertti who was recently featured in a high profile inter-gender feud with "The Smoke Show" Scarlett Bordeaux on IMPACT Wrestling discusses the future of inter-gender wrestling in professional wrestling and whether or not the actual man vs. woman formula would work as regular feature on weekly television product. The full episode download is available at this link.


Glenn Gilbertti On WCW Debut And Near Jump To The WWF:


"Professional wrestling is more entertainment and more accepted as entertainment today by the fans than it used to be. We try to portray this as sports but this fan base will just accept anything and I'm not sure but it is just a different fan. They are there for the artistic impression and there for the performance and will applaud respectfully if the guys do a good spot, they'll chant this is awesome if they do a really crazy spot and they just react to everything. It is like art house and like you are in an art house theatre sometimes. Like you are watching plays with the way the fans are responding and you look at it like a couple of critics out there. So it is kind of like easy to just do anything in front of these crowds. You can do a man versus woman, you could do a midget versus man and you can do whatever you want depending on what the crowd knows what they are getting into. If they know what they are getting into they’ll applaud and if it's entertaining than it is what it is. But like the thing that all the people online these days and the Twitter mobs start coming at you and start talking about the men vs. women, and there are so many angles to this because you've got the women's revolution but you've got the ones that don't think you should be simulating violence against women and all this but what people don't understand is and that aren't in the business and just see all of this on TV and just see a guy wrestling a girl on a wrestling show, is that there is inter-gender wrestling in training schools every day in professional wrestling. The girls are training and if you have a wrestling school with girls and guys training and the guys and girls are wrestling with each other all the time. It is just as fans you never see that because you aren't in the training school and that happens in schools all the time but it is also easier for guys to do it these days than ever before because they've been doing it for years training to get into the business.”


The future of inter-gender wrestling:

“As an attraction it is no big deal because the fans know what they are getting in to and it is probably going to get a good pop if you do it correct. If you start doing it on a regular basis or where the girls are kind of openly competing against the guys all the time like it is nothing, the issues I have with that is that the guys to kind of still maintain a logical perspective and keep the fans invested in storylines is the guys will have to kick the sh*t out of the girls a lot. They are going to have to squash the girls a decent amount of time because if all the girls are all competing against the guys, fans are not going to buy that. But if you are showing the rise of like one girl that is trying to rise up through the ranks and stand up against the men or a man that is just like beating up the other girls than that is something that is logical and you do a story like that. If you do it too much than it is not an attraction anymore. If you treat it like an attraction and build up each match than you can do it. The angle with me and Scarlett was a build-up. It was about a five week story line and leading to a match. But if you want to do it on weekly television and the guys are openly competing against the girls, it is not really an attraction anymore and I think that a show that looks like that would hurt. It would hurt your audience and I don't think a lot of guys would be interested in watching something like that and I don't think fans would be interested in watching a show like that."