Heading to Charlotte, NC next month for @Tmartpromotions The Gathering will be the @TwoManPowerTrip's guest Former Raven's Flock member @Lodi1Brad 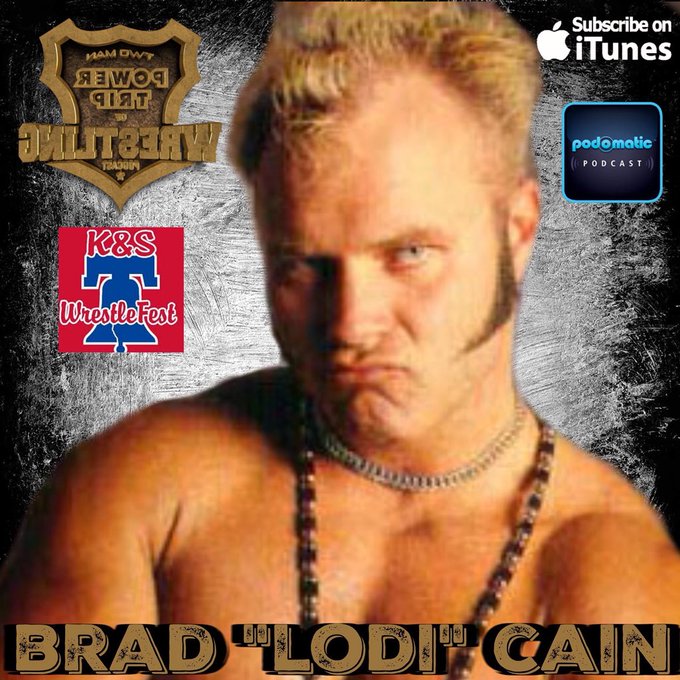 Heading down to Charlotte, North Carolina this August for The Gathering will be this week’s guest of the Two Man Power Trip, Brad Cain FKA Raven's Flock member, Lodi. Lodi was a key member of the WCW version of Raven's crew sitting ringside every single Monday night on Nitro with fresh signs that either critiqued the current match or a subtle laugh that most inside fans got a huge kick out of. But what is the story behind the signs? We get the lowdown from Lodi as well as a huge in depth look at some of his personal triumphs in and out of the wrestling ring and find out just how strong the man behind the signs really is. The full episode can be downloaded at this link.

Lodi On Getting Over With His Signs:


Lodi On His Name Origin, Meeting Raven & The Power Plant:


Coming up with his ringside signs:

"There were a couple that I threw in there that I really can't repeat the hidden meaning behind them but they made it to TV which is really strange. I never got anything said about my signs until things started going downhill at WCW. It was almost the very end of my time at WCW before anybody came up to me and said that we need to start looking at your signs before you go out for TV. I was like, you are going to start now? I've been doing this for three years. I've been on Monday Nitro and Thunder and all the Saturday night shows and every pay per view. Like when we were in DC (I'm a pretty conservative guy) and have a degree in political science so every time we were in DC and Bill Clinton was in office and Bill was around I'd put things like: Did you hug an intern today? Or did you inhale? That kind of stuff. It was fun to poke fun at people and being the bad guy."

"Kidman and I on live shows when they'd go to commercial break and whenever we were sitting up front Raven would tell us to get in the ring and entertain the people. We'd just slide into the ring and start running around and yelling at people and insulting people with me carrying the sings all around. Just to keep the people in the building entertained until we came back from commercial break. One time, we were in El Paso one time and during the first commercial break Kidman and I hopped the guard-rail and I held up a sign that said; do you have your green card? And here comes the trash. We are in the commercial break and here comes the trash and Doug Dillinger the Head of Security was yelling for me to get out of the ring from the floor."


WCW not checking his signs:

"Yeah, I think at some point it probably would have been better maybe but we never got in trouble. When Lenny and I were together we did some pretty crazy signs and the fact that the whole story line was that we were brothers and we came out that we were brothers but as The West Hollywood Blondes. I lived in West Hollywood at the time and most people don't know that West Hollywood is probably the gayest place in the United States as far as they had the rainbow flags on the McDonald's and the police cars. I came out with some signs one night that said Lenny likes the bottom and Lodi likes the top and the next night they were like hey guys, easy. The next sign said bunk. We'd do stuff like that and it got on TV.”

“But after the Lenny and Lodi stuff, the funny thing about this was and I'm telling on myself because I didn't always follow the rules. They'd say we've got to check your signs before you go out and I'd make four that were really just generic and they'd look at them and say those are good, well I'd have four more pieces of poster board and I'd make four that are risque and I'd slide them out and they never once caught on to it. Ever. It was like turning in your best friend's homework that he did because you didn't do yours. As soon as they'd check them all, I'd go make four more that I knew they didn't like at that point just to get them on TV for fun."