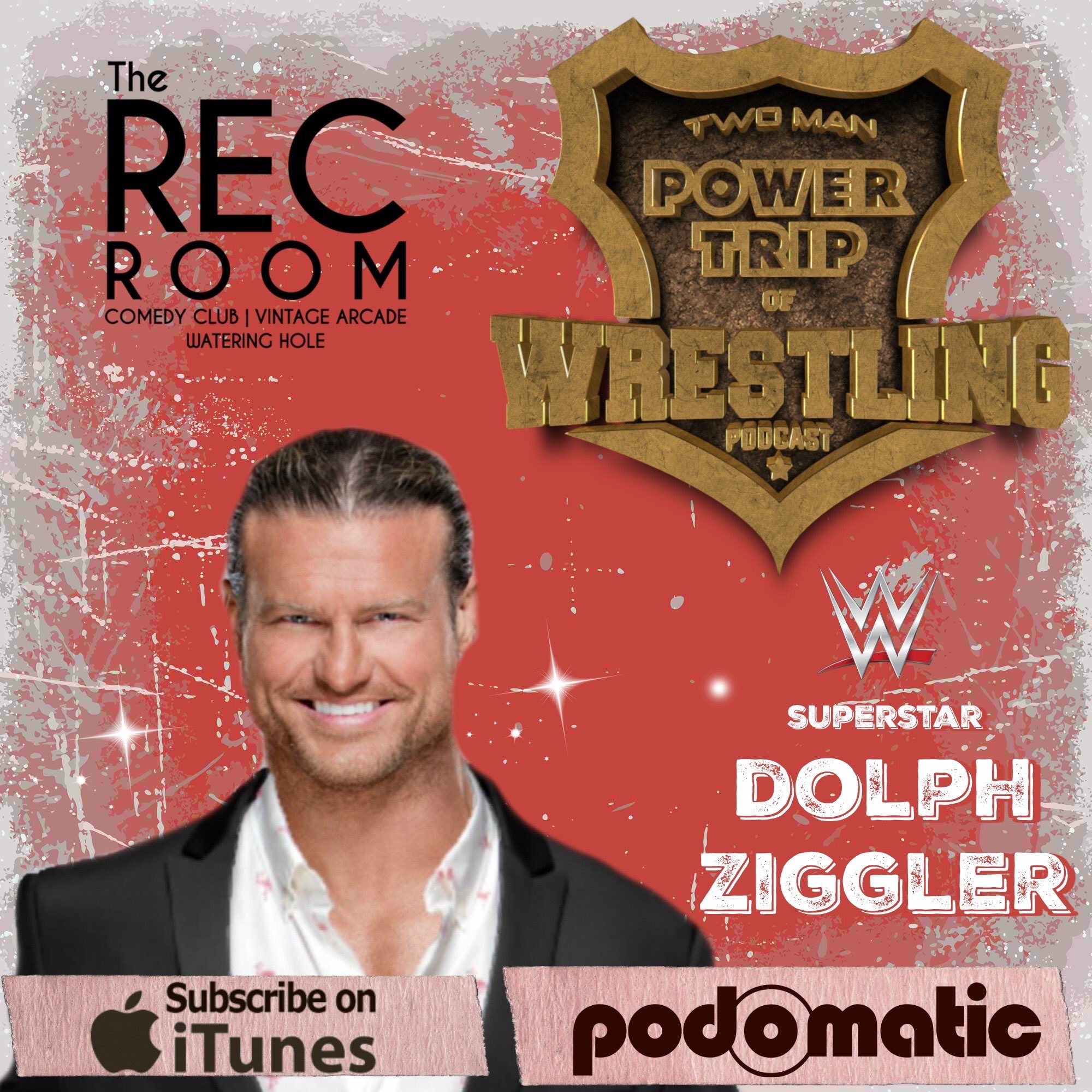 For feature episode LUCKY #13, we head back to the WWE Universe in anticipation of Summer Slam weekend but taking a HUGE focus into the Dolph Ziggler Comedy Show, with our guest, WWE Superstar Dolph Ziggler. Ahead of his match with Goldberg this Sunday, Dolph will be performing at The Rec Room in Toronto as part of his comedy tour working alongside his Comedy Central Roast Battle nemesis Sarah Tiana for a night of stand up and audience interaction. In this interview we get to look inside the broadening world of "The Show Off" and discuss not only his huge match at Summer Slam but also his budding comedy career and life outside the WWE.


Originally building towards a Summer Slam match with Miz or Shawn Michaels:

"Isn't that funny? The guy who loses 95% of the time that he makes something extra special to where I might have had a match with The Miz which would have been great and would have been fantastic and we've had 500 of them in the past and I've had my career on the line and it's hard to top that one. But we would have busted our butts to make something special and to go face to face with Shawn Michaels in a ring for the first time since I was Nicky in The Spirit Squad getting kicked in the face all the time and I just want this to happen so bad and no matter what you think about me, my character or online or you hate my guts well you can think whatever the hell you want because you know that that match would tear down any other match that has ever been taken place in the last twenty five years that I can think of. But, the excitement stayed up and the emotion was there and now I find out it's Goldberg."

"As a kid I was a fan. I get what he does, I know his emotions, I know his excitement, I know that he is a caged bull that will be all over the place shooting smoke out of his nose when he's coming after you and just know for a fact that I know that everyone is talking about this match. Half of the people online are telling me that you're going to be dead in ten seconds and the other half is going with well I don't know man, if someone can pull off the win maybe it's Dolph. I've made an entire career out of the entire world saying maybe he can do it right now and guess what? I've got a lot of shooter skills in my back pocket that I plan on using and I don't think he's going to be ready for it and I am really looking forward to this match and I know everyone is talking about it. Once again, I've done my part and we are not even there yet."


Was Goldberg always the endgame with this story:

"I thought it was very interesting of course when I was throwing out those insults. For the longest time I listened to what I was told to do, and I did what I was supposed to do and put my nose to the grindstone. When they said go out there and talk about Miz, I did whatever I was supposed to but the last couple of months and the last couple of years whenever I can get some things in or some digs in at some Attitude Era guys that think they are better than us because 25 years ago everyone cheered for them and we bring them back, I know they are back for a reason. I know they are back to be a draw and back to be a special match and I know that if I was making fun of Michaels, I was making fun of Goldberg, I was making fun of Undertaker and all of those guys that I knew that at some point it would pay off and someone like me could get in a ring with someone like one of them just to see if they can still go with me."


Is it extra pressure to have a special match?

"Of course. It might sound cliché, but I've said this for like six years that I'd come to the back after a match and it might not have been the championship match or might not have been the marquee match or might not have been the draw match of someone coming back but I would come to the back and say FOLLOW THAT. People talk about that like it's a joke, I used to say that and kick over cases of water and beg to be in the main event or beg for the main event to try and follow the match that I just had. So, it is not just now that I am the guy, I've been that guy that is ready to go, and we just haven't chose to go with me. If you think that that doesn't make the chip on my shoulder ten times bigger than anyone else in this business, you are quite mistaken. I look forward to a challenge and I look forward to thirty seconds to see if I can out do a main event but now I've got my hands-on Goldberg and just know that one way or another, no matter what happens I will make that so damn special that people are not going to forget about it. They are going to be talking about it the next day."