Coming off his HUGE #WWERAW appearance the @TwoManPowerTrip welcome Knox County, TN Mayor @GlennJacobsTN 🔥🔥back to the podcast 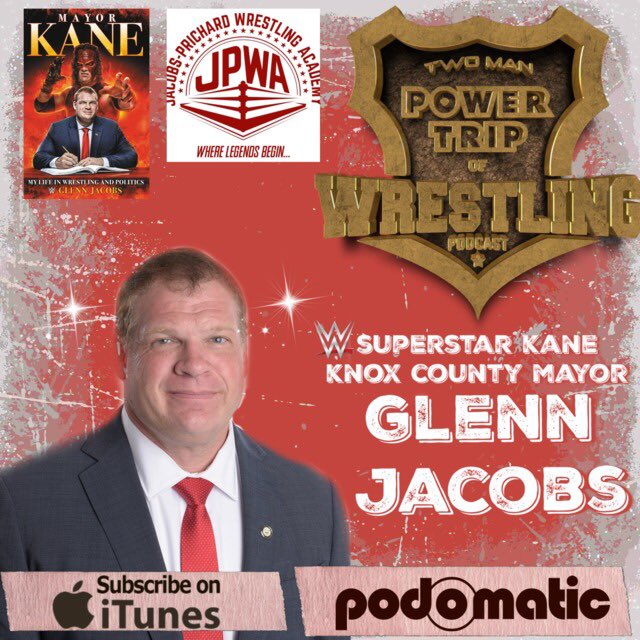 This week we welcome back The Mayor of Knox County, Tennessee and WWE Superstar, Kane aka Glenn Jacobs to The Two Man Power Trip. Mayor Jacobs stops by the podcast to discuss his upcoming autobiography "Mayor Kane" that hits stores this November but also his recently launched wrestling school “The Jacobs Prichard Wrestling Academy.” This school, along with the other amazing ways Mayor Jacobs is making a difference in his local community, continue to show his dedication to the people of Knox County and how his Mayoral victory was only the beginning for the "Devil's Favorite Demon." In this excerpt from the interview, we get a glimpse into the mayhem that was Demon Kane's brief return to Monday Night RAW this past Monday night and his thoughts on The Fiend.

Kane On The Fiend Bray Wyatt:


Returning to RAW this past Monday Night:

“As far as a shocking crazy return, I think it was. I think and as we say it was a really good piece of business. I've told people all along that last Monday they were in Knoxville so it was in my hometown and gosh, what a rush. Sometimes I forget about that but there is nothing like it. There is nothing like walking through that curtain and the entrance music and all that stuff. So, I've told people all along that I would never say that Kane is over because I don't know when that part of my life will be over. If WWE asked me to do something, I'm probably going to try to do it because I really enjoy it. That was just a great night.”


Coming face to face with The Fiend:

“To also be involved with the Seth Rollins and Bray Wyatt/Fiend story line, what an honor to be able to do that. It was a great night. Even I get creeped out by Bray Wyatt as The Fiend. I think that is a tremendous character and I'm also really happy when any of the guys are able to be successful. I think Bray is very creative and everything he has done as Bray Wyatt and now The Fiend character. It has all been great and he is such a wonderful performer.”

“Think about that? You get to go out and WWE is major league. Gosh, every once in a while you get to go out and check into a game with Lebron James or be on the football field with the New England Patriots, it is that level when you get to be on WWE programming. I don't know what the future holds but at least for one night it was pretty doggone cool."


Since debuting in January 2015 and named one of RollingStone.com’s “18 Pro Wrestling Podcasts To Follow”, The Two Man Power Trip of Wrestling has become a strong content provider in the podcast medium. Hosts John and Chad conduct the most in depth interviews in the entire genre of Professional Wrestling. TMPT also co-hosts shows with ECW Legends, “The Franchise” Shane Douglas: Triple Threat Podcast and “The Queen of Extreme Francine’s “Eyes Up Here”. Follow @rasslinpal, @TwoManPowerTrip & @The3ThreatPod on Twitter for Episode Previews and Show Coverage. Subscribe on YouTube for Interview Highlights and BEST OF Clips