How about this for feature @TwoManPowerTrip episode #23. They welcome in @SCOTTHALLNWO to discuss his upcoming appearance at The Wrestling Guy Store this Sunday 11/3/19 from 2pm-4pm 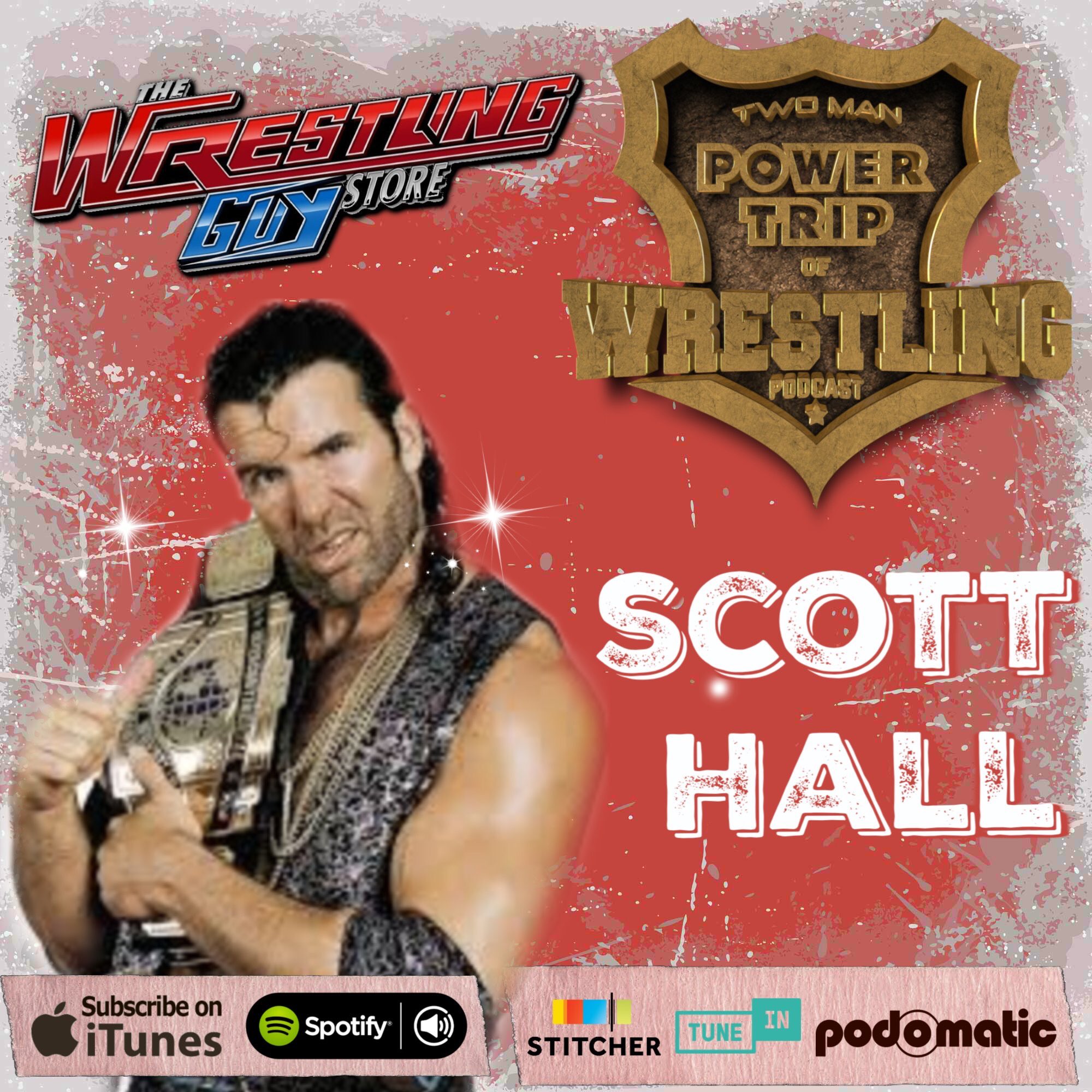 For our TMPT Empire Feature Episode #23 we are thrilled to welcome for the first time ever on our airwaves, WWE Hall of Famer and former WWE Intercontinental Champion (RAZOR RAMON) Scott Hall. Scott Hall and Kevin Nash will be appearing at The Wrestling Guy Store today (November 3rd) from 2-4pm. Visit www.thewrestlingguystore.com for more info. In Hall's appearance on the podcast, he goes into detail to discuss the impact of WWE's Saudi Arabia shows as well as Brock Lesnar's placement on the show and how the WWE changed how title matches are viewed in a "traditional" wrestling show. The full episode can be downloaded at this link.


PLEASE CREDIT THE TMPT EMPIRE FOR THIS TRANSCRIPTION


Success in the wrestling industry today:

"The money they are making these days and AEW blowing up and Impact Wrestling getting going in a new direction and ROH is still hanging in there. I don't know man because I wish I was about 40 years younger and start it all over again.

"I think everything is great and I love the way that I study what goes on not just what happens in all aspects of our industry and not just in the ring but I like to watch behind the scenes and just the way that WWE has educated the fans in Saudi Arabia. Like at first they notoriously came late to the show. The show started and nobody was there, because they are not conditioned for that and not really responding to the matches and cheering and booing they do customarily in the US but after this as about the third or fourth time over there now the fans are getting educated how to enjoy the show to the maximum. To cheer, to boo and to just have fun with it and it is great to see and how later in the night they have the first ever women's match in Saudi Arabia. So you can say what they want, I know WWE took a lot of heat for continuing to do business with Saudi after the one reporter was killed and stuff. But in their defense you can't change anything about standing in their way, so they don't agree with the guy being assassinated and they can't change by sitting in Stamford, Connecticut and all the can do is come and show the American way up close and personal. I think it is a good thing."


Brock Lesnar kicking off the show:

"When you are around the WWE that's the way they start it because it is going to be a long show and they want to start it off with a bang plus you've got to remember that Cain hasn't had many matches and I think he wrestled once in Mexico and now he's wrestling Brock on this huge show, put him on early and get it over with. It is better than sitting around in the back and worrying and just get it over with."

"Back in the old NWA days when Flair was the champion they'd always stack the card so the semi main event would go on second to last and the main event would go on last. WWE had a totally different approach. They would put Hulk on fourth (the main event would go on fourth) than they would go to intermission and you get the people when they are easier and not all burnt out and they haven't seen a million things yet. You get them when they are fresh and often times they would shoot an angle and during intermission they would announce that tickets are on sale for next time we come back and you get the people really excited and you send them to the merch stand and stuff. I just think the way Vince changed wrestling he changed it in all aspects."


The Two Man Power Trip of Wrestling now co-hosts podcasts with ECW Legends, "The Franchise" Shane Douglas: Triple Threat Podcast and "The Queen of Extreme Francine's "Eyes Up Here" as well as JJ: The JJ Dillon Podcast. Follow @rasslinpal, @TwoManPowerTrip & @The3ThreatPod on Twitter & visit www.tmptempire.com for everything in the TMPT Empire.