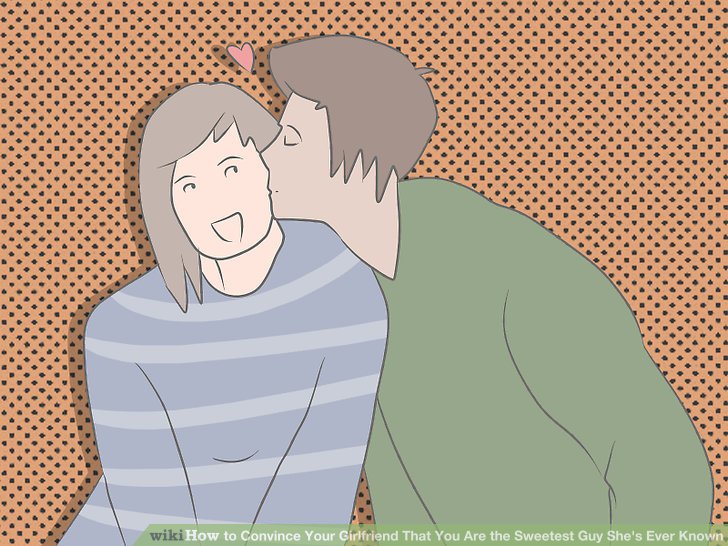 You have been seeing your girlfriend for some time now, and you may have become exclusive with each other. It is clear you are headed to greater things together like moving in together or tying the knot. But as a guy, you are not sure that your girlfriend believes that you are the sweetest guy that she has ever known. She has probably had other boyfriends before you, and you fear she could be comparing you with them. It could also be that you want her to hold you in higher regard than any other man.

So, what are some of the things that you can do to make your girlfriend believe you are the best guy she’s ever had?


Hit it off with her family and friends

Did you know your girlfriend is influenced, even if subtly, by her family and friends? Well, you would be wrong to believe that those close to her do not affect how she perceives her guy and if she will open up to him or not. If you get in the good books of those that matter to her, she will most likely get the encouragement and impetus she requires to love you and take things a notch higher. Seeing you involved with the people she cares about will make her recognize and be convinced that you are sweet.

Every girl imagines how she wants her prince charming to treat her. Why not meet her expectations by being a gentleman? This is pretty easy because you only need to do those chivalrous actions such as pulling out the chair for her, holding open doors, helping her carry her handbag, being patient as you wait for her, and so on. However, you need to know what is acceptable to her or her culture as well as being natural or genuine in your actions or else you will come off as trying too hard to please her. Being a gentleman should be at the top of your list of first date ideas regarding how to behave because you need to make a great first impression.


Give her undivided attention

It’s no secret that girls love to talk. You can then be that guy who listens attentively to her. It is critical that you participate in the conversation and not just be there mumbling and giving short answers. Put your phone away to avoid checking for messages, and if need be, have your phone's internet disconnected to avoid social site notifications that can tempt you to check them. You also need to avoid ogling at other girls as they walk past your table or wherever you are seated. Giving your girlfriend all of your attention will surely convince her that you are the sweetest guy she has ever met.

It is said that it’s the little things that matter most. No matter how little or meaningless some acts seem, they could mean so much to her. What if you helped her do some chores that she dislikes like cleaning the car or replacing blown-out light bulbs? Well, you will touch her heart and she will without any doubt believe that you are the sweetest boyfriend she has ever met. You may even keep her company while studying for her exams or take her though a mock interview on the eve of an important interview.


You can convince your girlfriend that you are the best thing that ever happened to her by being there for her, letting her always know that you cherish her, and making sacrifices for her even in small ways. You need to respect her views and consider her input while making decisions especially those that affect your relationship. Well-thought-out gifts will also leave her convinced that you are the best guy she has ever met.